The World Cup has changed the world in one month

The majority of foreigners, who visited Russia during the FIFA 2018 World Cup, were thrilled with what they saw and experienced in the country. They were thrilled to see Russia that was so much different from what their media was making them to believe. The level of organization of the tournament in Russia was superb indeed: no incident was reported, not a single brawl occurred. Nikolskaya Street, where most fans gathered, became the street of global peace and the main street of the world. 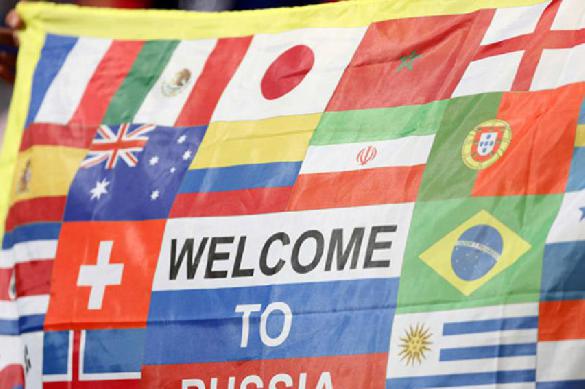 The goal of the organizing committee was to show foreigners Russia's best side, to make them remember their time in Russia and have unforgettable impressions. Today, one can say for certain: the goal has been achieved. The 2018 World Cup has changed Russia's imaged for the better in the whole world.

The performance of the Russian football team at the tournament became an important addition to the organization of the whole event. Few in Russia could even think that the national football team could exit the group, reach the 1/8 finals and even leave Spain behind on the way. Even when Russia lost to Croatia in a series of penalty kicks, the whole nation was infinitely grateful to their footballers for their amazing achievement. Ratings of broadcasts of playoff matches with the participation of the Russian national team were comparable with the ratings of president's New Year speech.

The World Cup has given Russia not only 12 stadiums that hosted the games, but also almost a hundred smaller arenas throughout the European territory of the country. They will be used for  children's sports schools.

New airport terminals, renovated roads and streets, the experience of thousands of people who were involved in the organization of the world's biggest event has become the precious legacy that football has given Russia. The whole world has finally got a chance to see Russia as an open and hospitable country, and we would like to hope that many foreign fans would like to come to Russia again and bring their families along. It is worthy of note that all foreigners having FAN IDs for the 2018 World Cup will not need to get the Russian visa if they wish to visit Russia again before the end of 2018.

The 2018 World Cup cost Russia more than $14 billion. The financial results of the tournament  have not been calculated yet, but one can already say that the income that Russia has received was a lot lower than the spending. However, profit is not the most important thing, and Russia did not have the goal to make as much as possible from football.

The number of European visitors was unexpectedly low. Having been zombified by the media, many British and French fans preferred to stay home and watch the games on TV. Yet, the number of American visitors was higher than expected.

Financial results of the 2018 World Cup will follow soon, although experts say that the football tournament has contributed from 0.2 to 1 percent of GDP to the Russian economy. The infrastructure created for the competition and the subsequently growing tourist flow can bring an additional 120-180 billion rubles to Russia's GDP annually for the next five years.

Given that Russia's GDP amounted to about 92 trillion rubles last year, these expected revenues will simply be invisible and fit within the error margin. The spending of 1.2 trillion rubles that Russia has incurred during seven years of preparations for the event is just as insignificant.