The inauguration ceremony for President Putin was held in the Moscow Kremlin on May 7. This has been Putin's fourth inauguration. 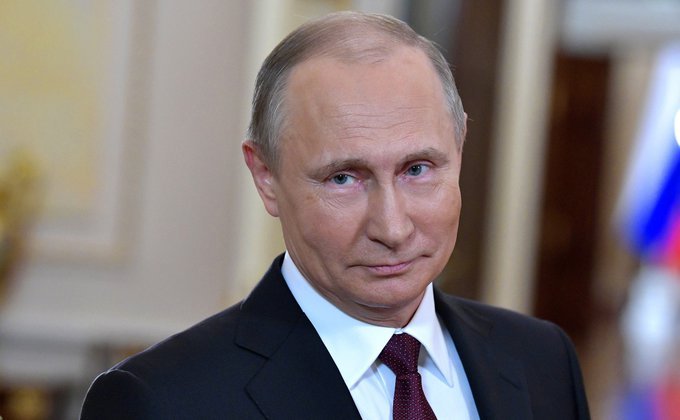 A few minutes before noon, the president left the First Building of the Kremlin, where his office is located, and went to the parade residence of the head of state - the Grand Kremlin Palace - to take the oath. Putin went to the inauguration on a "Cortege" project vehicle.

At the Grand Kremlin Palace, Putin ascended the Grand Main Staircase and strolled through the halls of the palace - Georgievsky, Aleksandrovsky and Andreevsky - to the sound of a counter march and fanfare.

Putting his right hand on the Constitution, Putin said the text of the oath. The chairman of the Constitutional Court of Russia announced that the head of state was sworn in. Putin received the symbols of power and a duplicate of the president's standard was raised over the residence to the music of the Russian anthem.

Then Putin addressed the citizens of the Russian Federation. In his speech, Putin called Russia a country of "grandiose victories and accomplishments" and thanked the Russians for their support at the last presidential election. "In this support, there is faith and hope that Russia will continue to strengthen its power, and people will live better," he said.

The president also assured that, when taking office as president, he "particularly keenly" realises his "enormous responsibility to everyone" in Russia. Serving Russia is "above everything else to me," he said. "It is my duty and meaning of life to do everything for Russia, for its present and future, peaceful and prosperous." "There is no time for swinging," Putin concluded.

Vladimir Putin noted that Russia has been able to achieve a lot recently. Russia has learned to defend her interests and managed to revive the pride of the Fatherland. The country also ensured its security and defence capability. These areas will be given first priority attention in the future, he assured, but the main purpose now is associated with settling domestic issues, ensuring safety and health of Russian citizens. "Our guide is Russia for people," Putin said. "We need breakthroughs in all spheres of life," he said.

Improving the quality of life of Russians, including education and healthcare, as well as protecting motherhood and childhood would be his prime objectives as president, Putin said adding that he would make every effort to achieve those goals.

At the end of the ceremony, artillery weapons fired 30 solemn volleys from the side of the Kremlin embankment. Afterwards, Putin walked through the inner passage of the Grand Kremlin Palace to Sobornaya Square to see the parade of the Presidential Regiment, where more than 2,000 guests were waiting for Putin to appear.

Vladimir Putin refused from the traditional passage of the presidential motorcade along Moscow to the Kremlin, which became a peculiarity of the ceremony.

As for the list of foreign guests, who were invited to attend the inauguration, there was temporary charge d'affaires of the Lithuanian Embassy in Moscow Giedrius Galkauskas and American actor Steven Seagal, who received Russian citizenship in 2006. Seagal came to the inauguration with his wife.