Six reasons why Putin's victory has frightened the West

The coverage of the Russian presidential election in the Western press predictably reflects the poor knowledge of the Russian reality and the Russian mentality. Of course, Western journalists make their materials for their internal consumers, but their conclusions clearly indicate that the West has not come even a little bit closer to its ultimate goal to either destroy or remake Russia and its people. 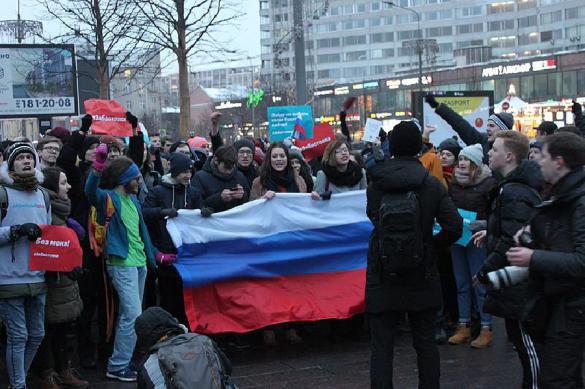 The first thing that catches the eye in all analytical articles is the assumption about Vladimir Putin overtaking Stalin in terms of political longevity. "Putin's victory will take his political dominance of Russia to nearly a quarter of a century, until 2024, by which time he will be 71. Only Soviet dictator Josef Stalin ruled for longer," Business Standard wrote.

This assertion implicitly draws parallels with the Stalin era, which in the West is commonly referred to as "fascist." In addition, Putin is criticised for his "irrepressible" desire for power. Such an assumption may produce an impression on Western readers (although the growth of popularity of Mussolini, Salazar and Franco in corresponding countries breaks all records), but Russia has long learned to separate flies from meat chops and look at Stalin's figure dialectically. On the one hand, yes, he was a dictator, who killed too many, but on the other hand, he was a politician who turned the Soviet Union into an industrial power, who was intolerant of corruption, who attached first priority to Soviet family, culture and education.

As for political longevity, it is the people of Russia who elect Putin, in contrast, for example, Germany, where Angela Merkel has been elected by a handful of elites for 20 years already. Which option is more democratic?

The second thing that attracts one's attention about the coverage of the Russian presidential election in the West refers to opposition activist Aleksei Navalny. "Putin's main foe, opposition leader Alexei Navalny, was barred from the race because of a criminal conviction widely seen as politically motivated. Navalny has called for a boycott of the vote," FoxNews said.

Putin responded very well to the above: "This, apparently, speaks about the preferences of the US administration in leaderships of other countries. It says whom they would like to see in the country's leadership ... In this sense, they've lost. It would be better if they kept silent," Putin said in January at a meeting with media executives. Indeed, the persona Navalny is clearly too far from being somewhere near Solzhenitsyn or Sakharov.

Thirdly, Western journalists say that the Russian authorities used the administrative resource to ensure a high turnout. FoxNews quoted a 20-year-old woman named Daria Suslina and Yekaterinburg Mayor Yevgeny Roizman, who were terrified of the "pressure."

"They are using everything: schools, kindergartens, hospitals - the battle for the turnout is unprecedented," said Roizman, one of the rare opposition politicians to hold a significant elected office," FoxNews reports.

It is important to note here that the administrative resource did not call to vote for Putin - people were encourage to go and VOTE, and these are two totally different things.

Fourthly, Western journalists buy into the idea that the reason for Putin's victory is his ability to play on the desire of the Russians to rebuff the West in Syria, in Ukraine and everywhere else. Moreover, they assert that this "tsarist chauvinism" is brought up on the ill interpretation of friendly intentions of the West to sow democracy in "bad countries." Western media rightly conclude, though, that British Prime Minister Theresa May, when trying to consolidate the British on the eve of Brexit and being unable to see a log in her own eye, played into Putin's hands with the case of Sergei Skripal.

Responding to all the bullying is not the prime goal for the Russian authorities. The ultimate goal is to make people happy with their lives in Russia, editor of Atlantico.fr website Jean-Marc Sylvester wrote.

Fifthly, a lot has been said about violations. Anton Troianovski wrote on pages of The Washington Post that the Russian authorities had arranged a massive spectacle from the Arctic to the ISS to show the scale of popular support without saying a word about numerous fakes that came from Navalny's supporters. The author gives an original interpretation to the voter turnout in the Crimea claiming that the Crimeans had been persuaded that without Putin the Crimea would fall into the abyss of war and gay marriage.

Finally, the presidential election in Russia has convinced the West that the latter must not back down in front of such a "chauvinistic", "racist", "intolerant", etc. country as Russia. Australian television channel ABC in the person of Jennifer Mathers believes that Russia uses a wide range of hidden tools of intelligence and special services and neglects the rules of civilised behaviour. "If the West really is coming to the end of its patience with Russia, it could make Mr Putin's next six years as president a lot less comfortable," she wrote. Robert Kuttner at the Huffington Post expands on the idea and suggests cutting Russia off the banking system, prohibiting Russians from buying real estate in the West, restricting their entry to Western countries.

Italian journalist and politician Giulietto Chiesa told Pravda.Ru that all attempts to put pressure on Russia and the Russians were doomed to failure, because the elections showed the unity of the Russians around their president. The Russophobic hysteria in the West is not going to abate in the coming days, months and years, the journalist believes.

"The West believes that it should break Russia, because Russia violates its rights. These are plans for many years to come. I'll tell you frankly: they need to be afraid of the strong Russia, and there is no other way to win," Chiesa said.

What is troubling is that Western analysts do not understand why Trump came to power, and why Putin can still retains it. Today's middle-class Americans live worse than their parents lived, but in today's Russia, the younger generation lives better than their parents used to live. Above all, however, the Russians have always put the national idea above material well-being.

Author`s name Lyuba Lulko
*
15:02
Viktor Bout says he did not come across Russophobia in US prisons
12:02
Massive fire burns OBI hypermarket at Mega Khimki Shopping Mall to the ground
16:48
US basketball player Brittney Griner exchanged for Russian entrepreneur Viktor Bout
16:31
Zelensky believes Ukraine conflict may end in 2023
20:46
The West is expecting, but not pressing Russia-Ukraine talks
18:27
Putin: The threat of the nuclear war is rising, why deny it
17:17
Ukraine modenises Soviet Tu-141 Strizh drones
15:24
Ukrainian combat drones capable of flying at speed of sound may strike Siberia
14:35
Russian Army continues successful offensive in Krasny Lyman direction
20:56
UK and USA could be part of drone attacks on Russian military airfields
Polish writer shocked to find out Russians will not rise to topple Putin