Why the West needs strong Russia and strong Putin

Russian Prime Minister Dmitry Medvedev said recently that the notorious "Kremlin report" materialised as a result of the undercover struggle of the American establishment with US President Donald Trump and the overall confrontation of the Washington elite, which has nothing to do with Russia's reality. Official spokesperson for the Russian Foreign Ministry, Maria Zakharova, warned the US not to interfere in the presidential election in Russia in March, adding that the USA was already taking efforts in this direction. 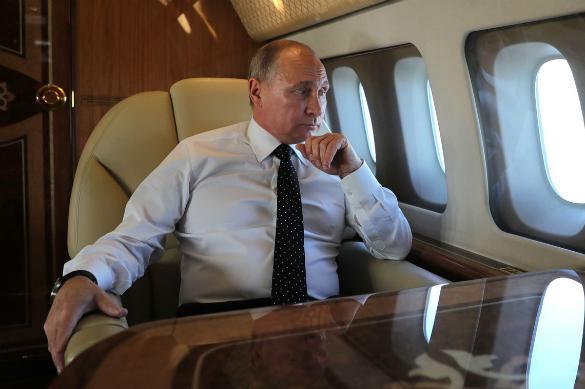 The "Kremlin report" controversy is essentially much ado about nothing. The expectation of the publication of the list was a lot more intriguing than the actual exposure of the copied and pasted list of Russian names from web pages of the presidential administration and Forbes magazine.

Moreover, a warning from the US Treasury saying that new sanctions against Russia may potentially lead to negative side effects for the global financial markets has clarified the situation.

Given that US officials are bad at observing their own "instructions" with respect to sanctioned individuals, it brings up one simple question: whom is this circus for? It goes about the recent visit of Russian security officials to the USA. Not only did they receive visas to the United States, but also demonstratively entered the buildings where they intended to hold meetings with US colleagues.

One shall assume that it was Washington that wanted Russian security officials to come to the USA. CIA chief Mike Pompeo stated afterwards that such meetings were to ensure the safety of US citizens in the first place. Representatives of the US State Department said that such contacts were an exception for the sake of benefit.

In my opinion, one can give a small ovation to the CIA director in his approach to public security.  Everyone in this world knows who is standing behind the procedure for creating a world-wide terrorist threat, and Washington is well aware of further unpredictable consequences for the Americans themselves.

The Americans understand that effective anti-terrorist work without Russia is impossible. I am sure that the Americans took great care of their own image when they invited Russian security officials.

It seems to me that the nonsensical "Kremlin report" and the "progress" in the Surkov-Volker format on the Ukrainian issue came as a result of the analysis of the current state off affairs in the world and Washington's realisation of the fact hat America no longer holds the initiative in the struggle for  global domination.

At the same time, such an approach can be based on the interests of the United States in the first place, because the forthcoming elections to the US Congress this year can change the balance of forces. Neither Trump himself, nor his team need any surprises at this point.

The Americans were forced to invite top Russian security officials to come to the States, because if meetings of such level had been held in Moscow, they would not have been allowed to take advantage of the game.

One may assume that the West and the USA could be interested in the strong Russia and the strong Russian leader against the background of the global terrorist threat. After all, ensuring security is  much more important than following illusions of geopolitical domination in the world.

The West understands that attempts to interfere in the Russian presidential election may lead to  unpredictable and lethal consequences for both politicians and global elites. Both Western politicians and "globalists" realise that it is only Putin who can handle all the sore points on the geopolitical map. The Americans have not been able to take successful pinpoint measures to ensure their own safety, because their strategy was always to create hotbeds of tensions and provocation. To crown it all, the West and the US have not learned to effectively counter the effects of their "colour revolutions."

Many authors and bloggers in the West claim that it is too difficult for Putin to create a new image for himself to be able to surprise people on the eve of elections. Why would Putin need a new image taking into consideration the fact that he already has the reputation of one of the most influential politicians in the world?

The image of Putin has been stable for long already, and Russia's recent successes in the field of defence and foreign policy are based on Putin's verified and pragmatic policy. Never before has the world respected Russia like this; never before have we been so proud of our own army and our arms.

In my opinion, the March elections in Russia will be relatively smooth and quiet, because all measures to ensure the citizens' safety have been prepared very carefully. One may, of course, expect provocations, but they will mostly be informational in nature.

If the West runs the risk of putting pressure on Russia, that Russians will stand up for their president and they will unite around him. This is what the phenomenon of the Russian people is about.