Russia gets rid of world’s most powerful nuclear submarines

World's most powerful nuclear submarines, Arkhangelsk and Severstal, are to be dismantled after 2020. The Russian federal nuclear power watchdog, Rosatom, found their further exploitation unprofitable. The submarines have already been withdrawn from the combat structure of the Russian Navy. Why such a hurry? 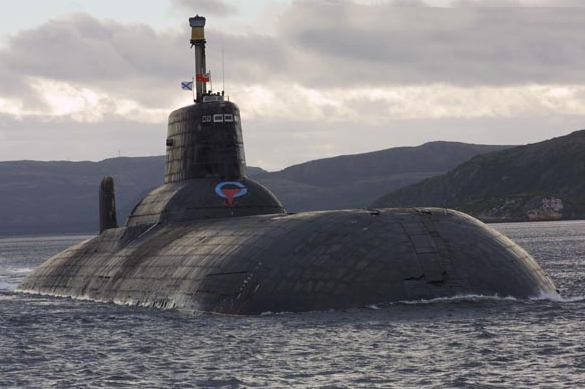 The work on the submarines started in December 1973. The construction of the first heavy submarine strategic missile cruiser of Project 941 (codenamed "Akula", NATO reporting name SSBN "Typhoon"), the Dmitry Donskoy nuclear cruiser, was launched in 1976. The sub entered the combat strength of the Northern Fleet in 1981. The Dmitry Donskoy was the only submarine that was modernized and re-equipped for Bulava intercontinental ballistic missiles. The Dmitry Donskoy will remain the only underwater cruiser of Project 941, which remains part of the Russian Navy.

A total of six cruisers had been built afterwards, but three of them (TK-12, TK-202 and TK-13) were withdrawn from the Russian Navy in 1996-1997 due to the lack of funds. It is worthy of note that it was the United States that covered the costs for the dismantlement of those submarines.

The decision to dispose of the Arkhangelsk and the Severstal submarines was taken several years ago. Former commander of the Black Sea Fleet, Admiral Vladimir Komoyedov, believes that it was a "barbarous" decision to make.

"I can only express my personal regret, as these submarines are the most powerful submarines in the world. One "Akula" project submarine could carry 20 missiles with ten warheads each. They are easy to navigate, and I was delighted to serve on them," RIA Novosti quoted him as saying.

According to Komoyedov, Russia should follow the example of the Americans, who modernized Ohio submarines not to destroy them. He strongly disagrees with the fact that the further exploitation of Akula submarines is unprofitable: "Generally speaking, maintaining combat-ready armed forces is a costly endeavor, but these submarines are worth the price."

In the past, the construction of super huge submarines (one such submarine is the size of a nine-storeyed building) used to provide orders for more than 1,000 Soviet companies. Over 1,200 employees of Sevmash ship-building enterprise had received government awards for their work.

Leonid Brezhnev said once at the 26th Congress of the Communist Party: "The Americans have developed the new Ohio submarine with Trident I missiles. We have a similar system too, the Typhoon." The Typhoon project used to be developed under conditions of absolute secrecy, and Brezhnev's announcement became a surprise for special services of the "probable enemy."

Not that long ago, the Dmitry Donskoy submarine traveled to St. Petersburg to participate in a naval parade. The German press called the Russian submarine cruiser a "black giant." Indeed, sailboats looked like tiny toys next to the huge submarine. Unfortunately, this is not going to be an argument to save both the Arkhangelsk and the Severstal.