What will happen if USA freezes Russian dollar assets?

The Bank of Russia holds a third of its currency assets in the United States. The USA may impose sanctions on the bank. Earlier, the US had frozen the assets of the National Fund of Kazakhstan, which suggests that Russia's reserves may found themselves in a similar situation as well. 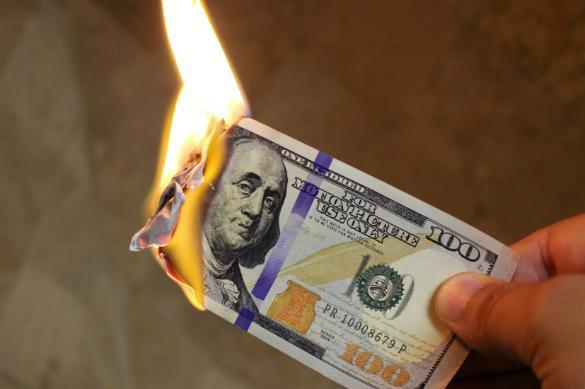 Given the current state of affairs in the US-Russian relations, investments of the Bank of Russia in dollar assets look risky. However, should the Russian gold and foreign exchange assets be frozen because of sanctions, this will become a declaration of war, President of the Foundation for Economic Research, economist and publicist Mikhail Khazin said in an interview with Pravda.Ru.

"About a third of the Bank of Russia's gold and currency assets are in the US. Can they be frozen due to new sanctions?"

"Can the United States do it?"

"They've done it to Kazakhstan."

"Why doesn't Russia anticipate such a development?"

"This is a difficult question. One has to understand that the people both in the Russian government and in the Central Bank always choose the IMF between the IMF and Russian interests."

"What should we do not to let them freeze our assets?"

"This is a very complex system of maneuvers, but it can be possible to overcome this."

"Experts say that it is useless for Russia to completely abandon investments in the US, because this may ruin the investment rating."

"The system, in which we were purposefully planted, to make us pay first priority to foreign investment is called the Washington Consensus. It was invented especially for former socialist countries. It is about time Russia should pull out of it. However, we have people on key positions in Russia, who put IMF interests above Russia's interests."