Responding to sanctions: What Russia could do right now

The United States added five more Russian citizens on the so-called "Magnitsky List", including President of Chechnya, Ramzan Kadyrov. The day before it became known that the US Treasury had imposed sanctions against two more Russian companies - Novator Experimental Design Bureau and Titan-Barricades Federal Research and Production Center. 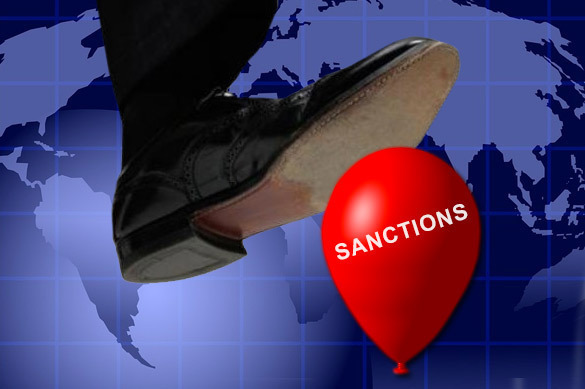 The number of sanctions lists continues growing fast, and one may lose count of them already. What is Russia going to do about it? In response to the news about anti-Russian sanctions, Russian officials usually say something vague about the need to develop a proper reaction, but it appears that those are only words. It goes without saying that the Russian authorities do something on the subject without advertising it much.

Russian President's spokesman Dmitry Peskov was asked an interesting question recently. A journalist wondered whether it was true that the Russian authorities were working to set up a special bank to service the defence sector in connection with the possible introduction of new sanctions (although the word "new" appears to be redundant here).

"It would be wrong to publicly disclose all these measures to hedge risks, which I will not do," Putin's press secretary added.

It goes about either a reaction to the already imposed sanctions, or a response to the sanctions that are going to be imposed on Russia in the future. In addition, Russia may take measures to impose sanctions on Western countries, but the Russian authorities have not been very active in the field lately, even though top officials always say that Russia will not leave restrictive measures of the West without attention. It goes without saying that Russia is much more limited in its actions at this point, but what can Russia do and why aren't we doing it?

"Russia has not taken any special responsive measures to sanctions of the West. It's like playing a game of pingpong, in which we do not send the ball back to the opponent. In fact, we must act ahead of schedule. A set of measures is needed to ensure the economic and financial security of the country. First of all, we need to deoffshorise the Russian economy.

"In the beginning of this decade, when Putin was running for president, he promised that the Russian economy would be deoffshorised. Yet, things are right where they started. On the contrary, now the authorities have come up with various reasons to prove that deoffshorising economy is harmful.

"Secondly, we must protect our international reserves. This sanction has not been introduced yet, but it is hanging over our heads like the sword of Damocles. Russia should convert its international reserves into currencies other than the US dollar and then move them to the banks that remain outside the control of the US Treasury Federal Reserve System.

"Further, Russia needs to increase the share of gold in its international reserves. Finally, we should simply use foreign exchange reserves to strengthen our economic security. Much has been said about import substitution and the need for re-industrialization. All this requires currency. Instead of using this currency effectively to build up our production potential, we were investing it in US treasury securities.

"Russia could also take measures to restrict and prohibit cross-border movement of capital. In this case, we will have a stable ruble rate, with all ensuing positive consequences."

Author`s name Oleg Artyukov
*
18:54
Ukrainian soldier uses chainsaw and fire to release US howitzer from ice trap
18:30
Onet: Ukraine will lose in six months due to shell shortage
14:17
Russians buy more than 50 tons of gold in 2022
13:34
USA's plan to give 20 percent of Ukraine for peace hoax
19:57
Russia will use all of its military potential to counter Western arms supplies to Kyiv
18:34
Biden changing strategy on Ukraine to reach diplomatic solution with Russia
17:36
Consequences of NATO's possible supplies of fighter jets to Ukraine get clear
15:16
Ukrainian forces suffer heavy losses while trying to cut across Dnieper
13:35
USA's next step is to suppress European economies
12:52
Victoria Nuland turns herself in about Nord Stream blasts
Medvedev: Ukraine as a state to be devastated, go bankrupt and be turned into colony