Bloomberg analysts have published a curious forecast embracing the period before 2028. The forecast contains a number of quite pessimistic scenarios for Russia. It focuses on the continuing decline in prices on oil because of the growing popularity of electric vehicles. It appears, though, that Bloomberg analysts do not think of any other way to produce electricity without the need to burn hydrocarbons for it. 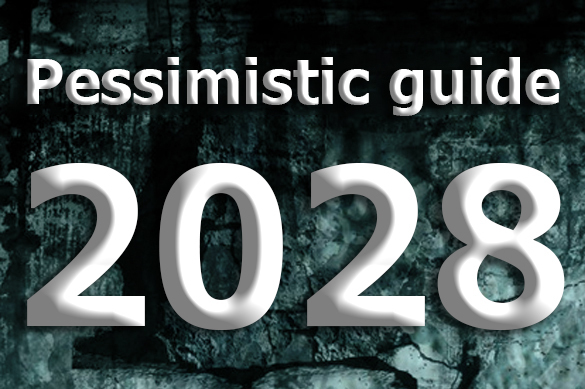 By 2021, when oil prices fall to $20 per barrel, Russia (and Saudi Arabia) will face budgetary problems, while countless factories will have to deal with serious problems because of workers' strikes.

According to Bloomberg, oil will fall to $10 per barrel by 2024, Putin will leave politics, but he will continue ruling Russia through Elvira Nabiullina (currently chairwoman of the Russian Central Bank), who will succeed him." It is not the first time, when Western analysts believe that Elvira Nabiullina will take one of the key positions in the Russian administration. Last time, it was predicted that she would become the prime minister.

By 2028, the forecast says, Putin will vanish from the public eye, and Nabiullina will do her best to prevent the collapse of the Russian Federation.

Although the forecast itself is, of course, enchanting in its extreme degree of pessimism, Elvira Nabiullina as a successor to Vladimir Putin sounds curious. It appears that Western analysts are convinced the sitting chairwoman of the Central Bank should go deeper into politics, because what else can we expect from her after the nationalisation of all largest private banks in the country?

For Western journalists, it is obvious that such decisions do not get materialised for nothing. Therefore, there is a special plan in store for Nabiullina. For some reason, though, no one in the West writes about the fact that the Central Bank simply started losing control of the sector and fears to lose it completely. Therefore, the story with the revocation of licenses and rehabilitation of many banks in Russia looks aggressive.

It is worthy of note that a year ago, scientific leader of the developers of "Stolypin Club" program, Yakov Mirkin, warned about the imminent and inevitable devaluation of the ruble. According to him, the crisis scenario of 1998, 2009, and 2014 is going to repeat again.

According to Bloomberg, by the end of 2017, ruble assets may ensure investors a return of 15%. Borrowing low-interest dollars on foreign markets, investors profit by investing in Russia against the background of the relatively stable Russian ruble and a high key rate.

However, according to Yakov Mirkin, this trend can hardly be referred to as positive and safe. Another "explosive devaluation" of the Russian ruble will repeat scenarios of previous declines of the Russian national currency.

Nevertheless, in the autumn of 2017, Minister of Economic Development, Maxim Oreshkin, said that the growth in Russia's GDP in the third quarter, according to preliminary estimates, exceeded two percent. It is worthy of note that Russia currently ranks 38th on World Economic Forum's annual index of global competitiveness. The indicator has climbed by five points since the previous year, while Russia has improved its positions in the rating by 29 points. It appears that Bloomberg has other reasons for making pessimistic forecasters about Russia.