The Kremlin has received the final version of the state armament program for 2018-2027. The Russian authorities intend to spend about 19 trillion rubles to rearm the army and the navy, the Kommersant newspaper reported on Monday, December 18, citing a source close to the presidential administration. 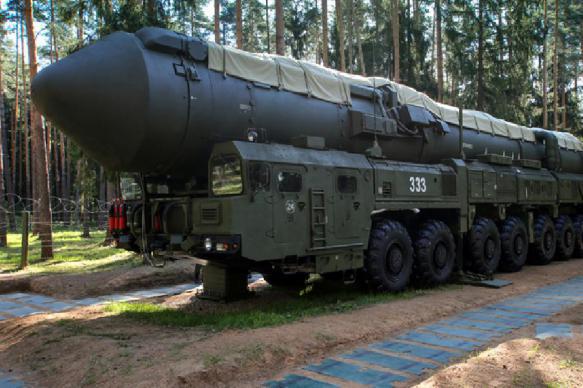 However, representatives for the Kremlin administration refuted the information. "No, this is not true to fact," Putin's official spokesman Dmitry Peskov said.

The article said that Vladimir Putin may sign the document already this week. An official announcement on the subject, the article said, is to be made at the final meeting of the Russian Defense Ministry on December 22.

The state armament program before 2027 has been developed over the past three years. Originally, the program was supposed to be approved in 2016, but the president postponed its adoption for two years due to the unstable economic situation. Economic problems have remained, but the political situation dictates its own conditions, a source told the publication. It has become clear over the recent years that without upgrading weapons and equipment of airborne and ground forces it will be much more difficult to counter possible threats.

The procurement of helicopters will be reduced. The commercial production of S-500 "Prometey" anti-aircraft missile systems and Buk-M3 complexes will be launched along with the production of  unmanned aerial vehicles and the new system of space optical-electronic reconnaissance.

The program also provides for the creation of new ships. The program envisages the construction of Project 955B strategic nuclear missile carrier "Borei-B." The modernization of ships, supplies of state-of-the-art aircraft to the naval aviation of the Russian Navy and the creation of coastal missile systems will continue.