First chairman of the counterintelligence service of the People's Republic of Luhansk, member of the Council of Volunteers of the Donbass, Vladimir Gromov, shares his views about the formation of the new world order and Russia's role in the process. 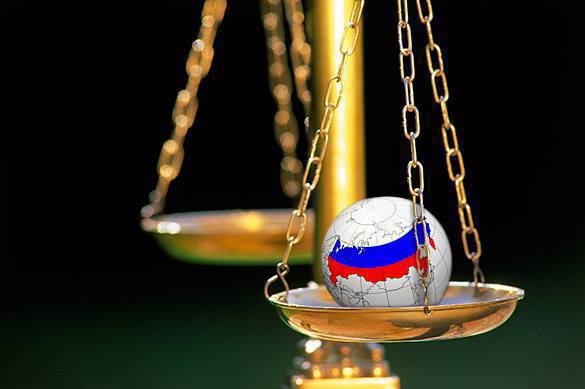 The era of Western domination in international relations gives way to a new polycentric order, and it is Russian President Putin who has shown great influence on the change of the format. The factor of influence of American and European political centers has noticeably reduced, and the formation of new political forces and standards is gaining momentum rapidly. International agenda of today is often formed with the direct participation of the Russian Federation and Vladimir Putin personally. Growing influence of countries such as China, Brazil, India and South Africa would be impossible without the influence of Russia.

The current diplomatic confrontation between the Russian Federation and the United States has not reached a critical point yet, but Vladimir Putin's stance on the problem is becoming more rigid, and there is confidence that Russia will give an adequate response to the US in accordance with the well-adjusted and pragmatic strategy, which changes emphasis on the formation of a new world order.

Washington and the West have missed quite a few of Kremlin's hidden manoeuvres, and all sorts of attacks on Russia in the form of additional sanctions do not produce the desired effect on the USA.

The new package of sanctions, aimed primarily against President Putin, with the purpose to destabilise the state of affairs both in the Russian economy and in the Kremlin, will not bring any tangible consequences for Russia. The USA has been acting in relation to Russia by old-school inertia. As for the Korean problem and the crisis in the Middle East, the US administration resorts to the tactics of threats, blackmail and power pressure. For all these years, the Americans have not come up with anything new, even though an effective antidote has been developed for their geopolitical strategy. Neither the Pentagon nor the State Department can quickly rebuild their doctrine, whereas their military successes will be intensified by media hype and standard provocations. At the same time, tactical tricks of the Kremlin are very difficult to calculate: it is difficult to predict where Russia is going to answer and how.

The nature and methods of the hybrid war require careful preparation and quality management. The current military campaign of the Pentagon is based on the concept of network-centric operations. It is easy to guess that the US will use this tactic in all ground operations, as it happens in Ukraine and partly in Syria. In connection with this, it is logical to assume that powerful Western corporations appear as masterminds of such events.

Global elites have been dreaming about defeating Russia for decades. Their actions are merciless, cynical and dictated solely by their aspirations to super-profits and global domination.

At the same time, the project of strangling Russia has failed in Syria and especially in Ukraine. All attempts to get Russia involved into the war in Ukraine have failed,  because the Kremlin initiated the Minsk Accords that paralysed not only the Kiev junta, but also pro-Western guarantors of the Minsk format, as well as the US.

Attempts to shake the situation in Russia and crush the reputation of President Putin have not produced the desired effect. The group of George Soros's foundations failed to make Russian regional elites serve in the interests of world supremacists. We will see new attempts as the presidential election of 2018 approaches, but there is every reason to believe that the situation remains under control, and all necessary measures to stabilise the situation will be taken in a timely manner.

All this means that world leaders have no chance against Russia. Putin's genius lies in his ability to seize the leadership from Western politicians and make Russian economic elites work in Russia's  interests.

Everyone wants to negotiate with the winner

At the moment, it is absolutely clear that world economy, based on the debt system, has outlived itself. A global war could be a logical continuation of the crisis. This war, in the opinion of Western elites, would give an opportunity to reboot the world financial and economic system.

The US and the West have failed to implement the Trans-Pacific Trade Partnership. Putin signed the economic security strategy before 2030 and voiced support for the "Belt and Road" Initiative, having left the USA and its powerful dollar out of work. It is obvious that Russia will provide comprehensive support to Asian countries.

It is quite natural that everyone wants to negotiate with the winner. It is not surprising that the Vatican, being the biggest owner on the planet, does not criticise the policy of the Russian authorities and tries to make steps towards the Russian Orthodox Church.

The political marsh of Ukraine continues to show signs of chronic stagnant processes. Poroshenko's attempts to portray the struggle for the abolition of parliamentary immunity clearly demonstrate not only the lack of influence on the parliament, but also the wish to play up to radicals in order to somehow stay in the office. There are only two options left: either unleash a war with Russia or fulfil the Minsk Accords. However, both of these options have only one exit - a road to the scaffold. A third option is to quietly escape and hand over the reins of the war party to Arsen Avakov or Alexander Turchynov. The bubble that Washington has inflated in Ukraine will burst someday. The open presence of NATO and foreign mercenaries in Ukraine's war zone proves the imminent escalation of the conflict in the Donbass.