Russia loses confrontation with the West. Or vice versa?

Russia loses from the confrontation with the West, a report from the Center for Strategic Research, headed by former Finance Minister Alexei Kudrin said. 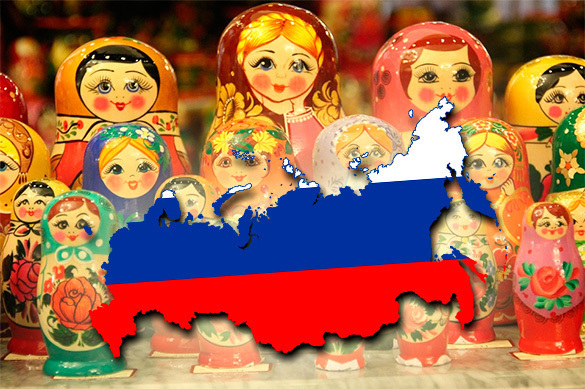 "The conflict (between Russia and the US) contributes to the marginalization of the Russian Federation in international institutions and projects. It is fraught with serious economic losses, and Russia is forced to waste its forces on excessive military and political competition, distracting from objectives of modernization and development of the country," the report about foreign policy and positioning of Russia in the world for 2017-2024 said.

The authors of the report believe that in her relations with the West, Russia should take efforts to  minimize risks of armed conflict, gradually settle conflicts in post-Soviet space, primarily in the Donbass, lift mutual sanctions and discriminatory regimes and return to full-fledged economic cooperation with the West.

Of course, the report paid attention to the topic of the Ukrainian crisis. According to Mr. Kudrin's experts, over the past three years, Russia has reunited with the Crimea, solved the problem of the deployment of the Black Sea Fleet and indefinitely blocked Ukraine's membership in NATO. "At the same time, it gave rise to a number of new serious problems: Russia has become a strategic enemy for Ukraine. Enmity has taken roots on the level of political ideology and public consciousness. Ukraine is lost for Russia as a business partner for a long time," experts of the Kudrin center believe.

In their opinion, Kiev will consistently build military-political relations with Western structures without NATO membership. "The Ukrainian crisis has aggravated Russia's relations with the West, having damaged trade, created an arms race and closed many areas of cooperation that Russia takes interest in," the report said.

These factors carry significant risks for Russia. Therefore, a consistent effort is needed to eliminate the conflict in the Donbass. "The problem requires both a dialogue with Kiev and an agreement with the West. A one-time deal on Ukraine is impossible. Diplomats will have to conduct a long and uneven settlement process," experts at the center say.

The need for a dialogue is highlighted in the section about Russia's relations with the United States as well. In particular, a dialogue with the USA will lift contradictions on US missile defenses in Europe, because a mutually dangerous race of strategic offensive weapons will become an alternative.

As for the Asian direction, experts of the Kudrin center suggest Russia should not limit herself to relations with China alone. South Korea and Japan are also important partners at this point. In India, the report says, Russia has been losing her influence. To overcome this trend, Russia should develop public relations and intensify business activity in the region.

In general, the report summarizes the problems that Russia is aware of very well. Yet, the report lacks recommendations on how to achieve the above goals. Clearly, settling the conflict in the Donbass as soon as possible would be great. Yet, it is at least two parties that are supposed to be involved in the process. European and American officials persistently claim that Russia should implement the Minsk agreements. They do not say anything about Kiev at this point. What should Moscow do in this case? Unilateral actions involve either escalation of the conflict or capitulation. This is not a dialogue, but a monologue.

The report also says that self-isolation and "chaotic retreat" are equally dangerous to Russia. Russia was extremely compliant during the 1990s, and we all know what it ended up with.