Russia's missile forces and artillery are to be rearmed. Smerch systems are said to be replaced with modernized versions of Tornado-C. The process is to be completed by 2020, the head of the Missile Forces and Artillery Forces of the Russian Federation,  Lieutenant-General Mikhail Matveyevsky said. 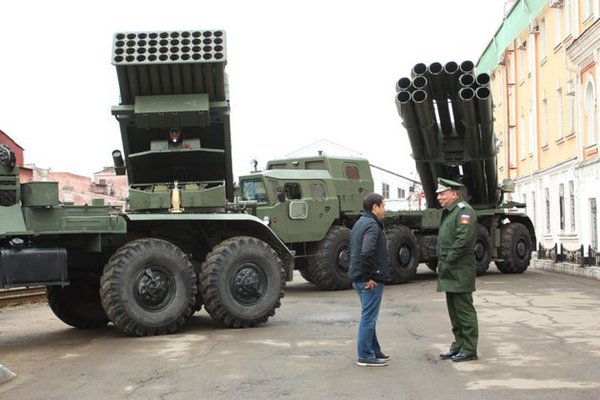 Tornado-C is a large-caliber multiple-launch rocket system. New Iskander-M missile systems will be delivered to missile and artillery forces as well. The rearmament  process is to start already this year.

The new initiative has not received much coverage in the media. Earlier, Defense Ministry representatives said that Tornado-C would be more efficient than its predecessors on a number of indicators, such as the firing range and accuracy. In addition, the system will be equipped with a new automated control and guidance system.

Vladimir Zaritsky, Colonel-General, Chief of the Missile Forces and Artillery in 2001-2008, unveiled a few more details about the project in an interview with Pravda.Ru.

"By 2020, Russian missile and artillery forces will have modernized Tornado-C systems introduced. Is this system the top achievement of rocket artillery of the Russian army?"

"This is a closed area, so I can not say a lot on the subject. In general,  there is a new system - the modernized multiple-launch rocket system known as Tornado-C. These are first large-caliber systems, and they are highly accurate. The system is capable of guiding shells in midair. They have a longer flight range, and their power has been considerably increased. The name of the system speaks for itself - tornado is known to be one of the most destructive natural disasters.

"Tornado systems have already been delivered to two battalions in Russia's Western Military District. They take part in military exercises and carry out separate firing missions. I am sure that these systems will be in demand for Russia."

"What are they going to do to older Smerch systems?"

"Most likely, some of them will be modernized for further use. Others will be in reserve. I do not deal with anything related to decommissioning or sales - this is beyond my competence."

"Do you think that Russia could sell Smerch systems to Mexico for intimidation purposes, as some people suggest in their posts on the Internet?"

"This is all rubbish. Arms production and sales is a complicated system, in which everything is interconnected and controlled by the state. Russian arms are not little things that one can simply sell to someone else for fun."