After WWII, the United States took over from Hitler and the Third Reich 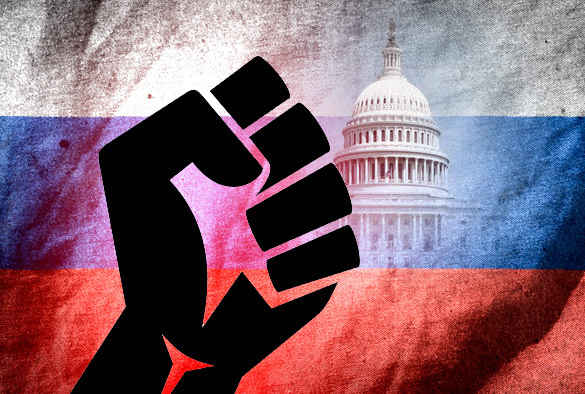 Kovalik says that the number of political prisoners and victims of torture in Latin America from 1960 till 1990 was much higher than that in the Soviet Union and its East European satellites. It is advantageous for the USA to demonise Russia  - the USA needs to justify its excessive military spending.

Pravda.Ru interviewed several Russian experts in an attempt to find out why the USA is being paranoid about Russia.

Alexei Fenenko, associate professor of the Moscow State University, believes that Russia simply does not let America dominate the world.

It is only Russia that can technically destroy the USA

"Why do they zombify people in the USA to make them believe that Russia is a threat to the world?"

"First off, Russia is the only real obstacle for Americans in the world today. It is only Russia that can compete with the US military potential and it is only Russia that can make all types of weapons. In this respect, nothing has changed since the times of the Cold War. Neither China nor Japan have been able to reach the level of Russia's development in the defence industry due to the absence of fundamental sciences and schools.

"What the Americans say about the danger that Russia supposedly poses actually means the following. The Americans had created a convenient world order for themselves at the turn of the 1980s and 1990s. Now they are convinced that Russia wants to reform their world order. Russia has already taken real action to revise the supremacist policy of the United States, and this is why we have become a real problem for the USA.

"It is a pity that most Americans will not hear what the author in the article wrote. There were journalists in the USA, who wrote similar articles in the beginning of Barack Obama's presidency, but those efforts returned zero result."

"A recent Gallup poll showed that 24 percent of respondents (70,000 people from 65 countries of the world) are convinced that it is the United States of America that poses the largest threat to the world."

USA unleashed plentitude of wars in the last 25 years

Ilya Belous, a social activist and journalist, believes that the topic of the "Russian threat" gives work to US intelligence agencies:

"After WWII, the United States took over from Hitler and the Third Reich. The Americans have tried to become another exceptional nation that would rule the world, albeit with the help of different methods. The USA resorted to sophisticated methods of hybrid warfare. After the end of WWII, the USA interfered in affairs of at least 40 countries of the world. The Americans used colour revolutions, direct invasions, occupations, economic warfare and so on. The USA started more than 60 wars after the Yalta agreements were signed and after the United Nations was founded.

"The "Russian threat" gives a lot of work to the defence industry and special services of the United States. The Central Intelligence Agency, the Pentagon and many other services spend billions and billions of dollars a year on the "Russian threat" to justify their work. They can maintain hundreds of army bases and place trillion-dollar defence orders. All this is beneficial to US arms makers.

"Speaking about the article in The Huffington Post, I am please to know that there are experts in the USA, who realise that it was Russia that destroyed 80 percent of Nazis and sacrificed millions of lives for that. Russia's military doctrine is not aggressive - this is a peacekeeping doctrine. Russia is a country that defends itself against external aggression and expansion. Russia prevents the incitement of world wars and global terrorism."

In the article, Dan Kovalik also said that the efforts of the United States to "spread democracy" in Afghanistan, Syria, Iraq and Libya have thrown those countries into the Middle Ages. The USA brings chaos and destruction. Contrary to that, Russia's campaign in Syria has not led to considerable losses. The Syrian statehood is being restored, and people return to their homes.