What actions should Russia take under the conditions of the information war? Pravda.Ru editor-in-chief Inna Novikova conducted an interview on the subject with Russian political scientist, journalist, president of the National Strategy Institute, Mikhail Remizov. 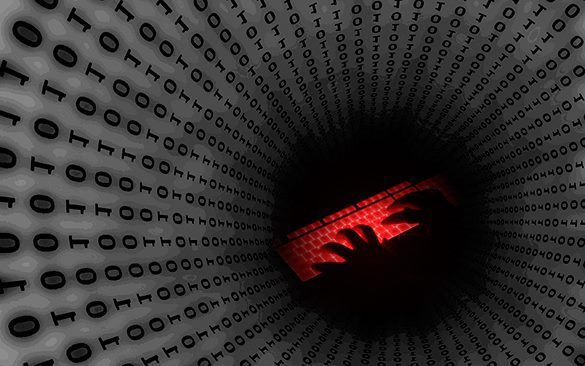 "For some strange reason, we seem to swallow all the unbelievable statements and lies about Russia that come from the West. Why can't Russia resist to that?"

"Over the past few years, Russia has become much more active in showing resistance to the information warfare. A considerable effort was taken that led to the appearance of such channels as Russia Today, for example. Russia also started working with the Western expert community and a part of the journalistic community. One can not say that Russia is not doing anything at this point.

"There are fundamental, long-term factors of soft power associated with the image of Russia in the West. Perhaps we should pay attention to real areas of vulnerability that we have.

"This is not about the things that Russia is being publicly flogged for all the time: Putin's autocratic leadership, militarism and saber-rattling. These are not the weak sides of our image.

"Russia's weaknesses is, for example, about glaring inequality, or the model of behavior of certain  Russian oligarchic structures. All of this weakens our potential reputation abroad for those who see Russia as an alternative to the US model of world order.

"I must say that the fierce anti-Russian propaganda based on the "Putin brand" produces an opposite effect in the West too. The propaganda against Putin creates Putin's supporters and fans. This is a law of any propaganda: if you press it too hard, it will create two opposite audiences. Indeed, there are many people in the West, who support Putin, and Western media find themselves in a tricky situation, because they need to take even more effort to suppress such sympathies.

"During the presidential election in the United States, Western media paid too much attention to the  fictional "Moscow's hand." In one moment, Russia, a "gas station," has turned into a "great manipulator" - the country that manages and controls all processes in the Western Hemisphere. All this goes contrary to the idea of US exceptionalism.

"It would be naive to believe that Trump is a champion of Russia. Yet, one shall assume that during Trump's presidency, the USA will be primarily involved in dealing with its allies, rather than Russia.

"Trump advocates the return of sovereign national statesmanship. The arrival of Trump strikes a serious blow on the pro-American part of the Russian elite.

"When Russia started its operations in Syria, many believed that Russia was trying to leave the Ukrainian question behind and switch to something else in a dialogue with the West. Then it turned out that Russia was even worse than ISIS and jihadism for the West (the Islamic State terrorist organization is banned in Russia).

"The West has a mighty propaganda machine, and this is a problem that Russia has to deal with. Trump once said during one of his meetings with electors: "If this system can do this to me, a man, with huge resources, what will it do to you if Clinton becomes president?" This is a good description of the Western propaganda machine.

"The Americans can maintain sanctions against Russia alone. No large Western company will risk to cooperate with a country that lives under US sanctions.

"French BNP Paribas Bank preferred to pay a penalty of nine billion dollars to the Americans for  violating the sanctions regime against Iran. The US obviously wanted the whole world to know that.

"Chinese financial companies are in the same position. Many industrial companies in China either work for the US market or use US technologies and spare parts in their work. The Americans can maintain the sanctions regime alone, they do not need to ask Europe for support - the Europeans will follow them."

"Europe becomes increasingly dissatisfied with pro-American governments. Can Russia take advantage of it?"

"Europeans vote against the European bureaucratic project in general. In this sense, the Brexit vote, the Dutch referendum on the European association with Ukraine, the growing popularity of right-wing parties in Germany and France - all this, of course, are links of one chain that demonstrate the concerns of the middle classes. Yet, the establishment still has all the reins of power. Constant dropping wear away a stone, and we can see history moving."