Five countries outside the EU, but the ones that support the policy of Brussels, have extended sanctions against Russia for another six months. The list of these countries includes Ukraine, Montenegro, Albania, as well as Liechtenstein and Norway, members of the European Economic Area. 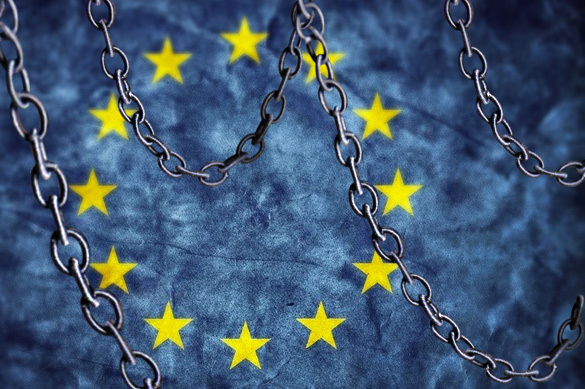 What made the leaders of these countries accept the decision? Pravda.Ru asked this question to  senior officer at the Institute of Slavic Studies, Pyotr Iskenderov.

"What are the reasons that made these countries join the sanctions against Russia?"

"As for Albania, the country is already a member of NATO. Albania has been trying to promote its bid for the accession to the European Union. Albania stands in line on foreign policy issues with key EU leaders such as France, Germany and Italy. As long as these countries have not blocked the anti-Russian sanctions, one can not expect such a move from Albania. Its foreign policy is fully associated with EU policies.

"Liechtenstein is a boutique country that is financially and economically linked with Central Europe, particularly Switzerland, Austria, Belgium, Holland and Germany. Therefore, one does not have to expect any independent decisions from this small country.

"In Norway, the situation is different. This country is completely self-sufficient both politically and economically. Norway is not a member of the European Union, but it has strong trade and economic ties with Brussels. In addition, Norway is one of Russia's rivals in regard to the development of the Arctic shelf. Norway is Russia's competitor in the energy market. Norway has traditionally had the most pronounced anti-Russian position among Scandinavian countries, even in comparison with Finland and Sweden.

"In Norway, there are no real political forces that would be opposed to anti-Russian sanctions. Such forces exist in Finland and Sweden, but not in Norway.

"As for Ukraine, everything is clear. Ukraine is traditionally opposed to lifting sanctions against Russia, and only wants to tighten them."

"What about all the discussions about lifting the sanctions against Russia - do they cost anything?"

"Absolutely not. Given that the EU is not going to either abolish or weaken the sanctions, it is clear that all the discussions about easing the sanctions have been pushed back till the summer of 2017.  France will elect its president in spring, the USA will change its foreign policy soon, the state of affairs in Ukraine and Syria may change too. For the time being, the EU is impotent in foreign policy issues. The EU is currently preoccupied with Brexit, the refugee crisis, the relations with Turkey."

"When can the EU revise its anti-Russian course?"

"It can happen in the summer of 2017. if we assume that France's next president is Nicolas Sarkozy, then France may raise the question of changing the foreign policy of the EU with regard to Russia."

On October 20, the EU summit adopted a final document. European leaders condemned the actions of the Russian Federation and Syria in Aleppo, but the document did not mention a possibility of imposing sanctions because of the situation in Syria. The discussion was more complex than major supporters of tough measures (Berlin, Paris and London) expected it to be. Spain, Austria, Cyprus and Greece had their objections on the subject, but it was Italy that played a decisive role. During the first nine hours of talks at the EU summit, Italian Prime Minister Matteo Renzi succeeded in removing the proposal of new sanctions from the document, even though the proposal was included on the agenda prior to the meeting.