Should Russia knock on the doors that never open?

Pravda.Ru editor-in-chief Inna Novikova conducted an interview with Soviet and Russian diplomat Sergei Ordzhonikidze, in which they spoke about the importance of Russia in the international arena, the changes that have taken place in the domestic and foreign policy and how issues of international relations were dealt with during the times of Mikhail Gorbachev and Boris Yeltsin. 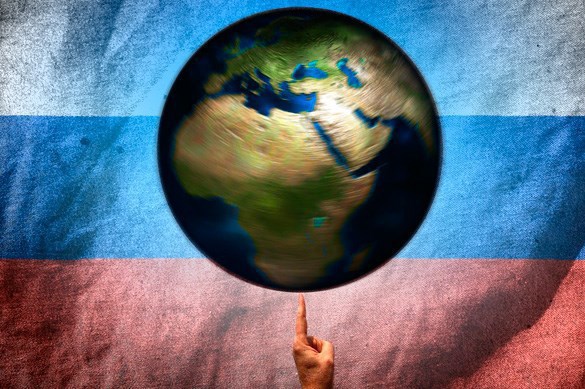 "Let's start with the time when Russia, ranked ninth in the world in terms of population, did not have her own national interests. The whole world was in love with Russia for that, international institutions would give us money and develop "Oil for Food" program."

"I was lucky. I got back from New York in 1996, when Yevgeny Primakov became the Foreign Minister. It took Russia a while before we could run our foreign policy. Remember Russia's actions  in connection with events in Yugoslavia. It was Russia that set up the NATO-Russia Council. Russia did not let the USA attack Iraq. In all of those cases, we used United Nations mechanisms, trying to minimize the influence of the United States while promoting our own interests.

"Primakov, having chaired the Ministry for Foreign Affairs, picked excellent experts in each direction: the eastern, the western and the multilateral relations. Yevgeny Primakov enjoyed very good reputation both inside our country and abroad, and had done a lot to raise the prestige and the authority of our country. During his stay in the office as the Foreign Minister, Russia developed its own policy for the Middle East, its own assessment of what the United States was doing, its own approach to the relationship with the European Union, as well as other countries and international associations. Yevgeny Primakov, for example, discovered the ASEAN  for Russia - the association of the countries, where more than one billion people live.

"Primakov's policy was annoying the West as the West could see that Russia started doing something that she considered necessary. Primakov started curtailing relations with the International Monetary Fund, because he knew that there was no country in the world, which the IMF would help stand on the path of sustained economic development."

"Unfortunately, Yevgeny Primakov, did not serve as the Prime Minister for long."

"True, but he had managed to pull the country out of the abyss. If his course had continued, I think that Russia would have come to China's model of development, in which the models of planned and market economies coexist. When Primakov left, Russia started developing under the concept of then Finance Minister Alexei Kuprin - the man, who won the support from the West, and whom the West called "best finance minister in the world." In essense, he tried to minimize the national debt. He believe that Russia would then rise. To achieve this goal, one has to spend less on social and military needs. Alexei Kuprin was working like an ordinary accountant. From my point of view, finance and economy ministers are two most important positions in the government.

"As for Russia's international affairs, Russia has reformatted its relations with many countries during the recent years. Over the past decade, Russia has created a new army that has already earned the reputation of the world's most efficient one. Russia's success on the international arena is primarily an achievement of our sitting Foreign Minister Sergei Lavrov."

"You have witnessed the development of Russia's foreign policy in the times of the Soviet Union and now. What, in your view, is the main difference?"

"During the existence of the bipolar world, we would meet with the Americans and then we would meet with our allies to convince them that the agreement between the USSR and the USA was the only acceptable one. Some countries could, of course, express their own opinion: the Indians could be dissatisfied with something, the Chinese could have something to say too. They represented the then Non-Aligned Movement, which, despite all the differences, served as a great support for the Soviet Union in foreign policy. The socialist camp together with the Non-Aligned Movement had a hundred votes at the UN General Assembly, while the West had only 20-30. Therefore, the collapse of the Non-Aligned Movement, of course, was not the best option for us. These days, there is no country left in the world, which the US could consider its 100% ally. The world has changed dramatically, but the West does not want to accept that.

"Generally speaking, a state cannot continuously take one single position in foreign policy. When the Soviet Union sent troops to Afghanistan, the Non-Aligned Movement chaired the coalition at the UN that condemned the Soviet Union. Other countries saw the Russians in Afghanistan and then assumed that the Russians may come somewhere else."

"We hear it all the time these days too: Russia has annexed the Crimea, Russia has invaded Ukraine, Russia will invade Poland and the Baltics tomorrow. How can we change this?"

"I think that all countries in the world know it for sure - the Crimea is now a part of Russia. It will take time to make everyone believe it. There used to be many German states that would always be at war with each other until Otto von Bismarck united all of them. It took the world a while to accept the idea of the new, united Germany. Obviously, if several millions of Crimean residents had not voted to reunite with Russia, no one would have taken the Crimea."

"If so, do we need to do something to prove it to others?"

"In foreign policy, one must prove something to others all the time. Look how long it  takes the Americans to prove it to us that they can not decide for themselves what forces in Syria represent the moderate opposition to Assad. The Americans have been doing it for months deliberately. John Kerry is a very intelligent person, but again and again he says that Assad should go. We tell him: "OK, Assad will go, like Gaddafi did, can you guarantee that Syria will not turn into another Libya?" No answer to that."

"The Americans do not apologize for foreign policy blunders on the official level. Has anyone ever apologized for the legendary Iraqi "white powder"?

"Officially, no one has. When then United States Secretary of Defense, General Colin Powell (I have met with him several times during negotiations, he is a very decent man), showed the ill-fated test tube at the UN Security Council, he was a hundred percent sure that the CIA had given him a sample of Iraqi chemical weapons. When all became clear afterwards, Powell resigned and never made public appearances. He cannot make up with the idea that he was used in a political game."

-"What about the doping scandal that Russia has been through? Doping is a global problem, but they keep talking about Russia only. Does it make any sense to knock on the doors that never open?"

"I experienced the beginning of the cold war of the past and I can assure you that the current situation is no different, although it has evolved into an informational format. Russia must be prepared that the doping scandal is not the last scandal that the country will have to deal with. I am absolutely sure that the West will prepare something to smear the World Cup that Russia is hosting in 2018."

"How do we respond to such obvious lies?"

"We must react quickly, with determination. This is a war, so if someone fires a gun at you, you should fire your gun in response. We should always present our vision of this or that problem. After the Boeing disaster, the Russian Defense Ministry held a detailed news conference, at which our officials explained every minute detail on maps. No other country had conducted such a press conference in connection with the crash of the Boeing over the Donbass.

"My own diplomatic experience has taught me that the West understands only the language of force. When you are strong, they will treat you seriously. If you are weak, the West will crush you."

"What is this language of force about?"

"It can be about words, actions, the military and the economic potential. Can anyone impose sanctions on China, for example? If someone does it, this country will immediately experience an economic collapse, because they depend on China too much. China produces a lion's share of what the world uses today, Chinese money works in many American bank and so on."

"It is impossible. Everyone has their own interests. For example, Erdogan wants to recreate the Ottoman Empire, stay friends with the Americans, bury the hatchet with the Russians and suppress the Kurds. International law can very often be either changed or ignored for the sake of national interests of this or that country. Talleyrand once just picked up a pencil, outlined a part of Europe and said: "There will be Belgium here." Look at what they had done in Africa: the frontier lines of African countries were drawn with a ruler!"

"President Vladimir Putin, while speaking at the UN General Assembly, said that each country, in accordance with its own interests, should respect the interests of every other country. US President Obama said at the same conference that what is good for America is good for the whole world."