Is there an aircraft that has never claimed a human life?

Pravda.Ru editor-in-chief Inna Novikova discussed the issue of aviation security with chairman of the board of directors of the company Aerosila, Alexander Knivel. 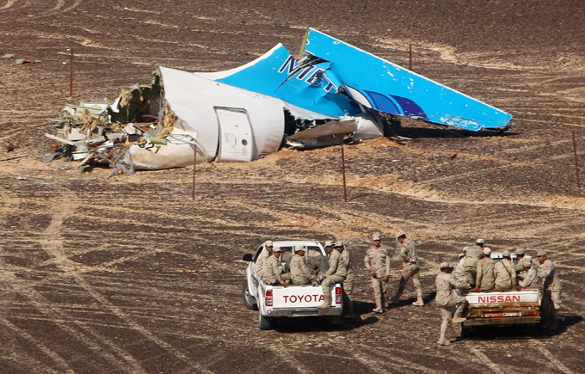 "Unfortunately, Russia loses airplanes almost every year. If we analyze the statistics of the International Civil Aviation Organization (ICAO) in the past ten years, it appears that the number of air passengers that get killed in air crashes in Russia is six times higher if compared with the number of victims among air passengers in the rest of the world on average.

"This fact gets very little attention, but it means that Russia should take serious measures to ensure flight safety for passengers. This should be done successively and gradually, when everything is quiet. Doing this after an air disaster is not reasonable.

"On November 2013, ICAO adopted Annex №19 to the Chicago Convention, also known as the "Convention on International Civil Aviation." The document, among other things, establishes basic responsibilities of the state for safety management.

The list included the adoption of a government program to ensure flight safety of civil aircraft. The document specifies the procedures and approaches to everything that is related to flight safety. Unfortunately, government officials and MPs do not follow ICAO decisions. They did not try to introduce established standards and recommended practices in the Russian legislation.

"Usually, when they talk about the investigation of this or that air incident, we receive information about the flaws of airlines, piloting errors and technical problems of an aircraft. Yet, the question should be considered as a whole complex.

"Security has a synergistic effect. Of course, equipment may fail at times, but this is the reason why developers use special airworthiness standards that normalize the frequency of possible accidents. Airworthiness standards are the same for aircraft of any capacity - 10-7 per flight hour.

"Do you know what airplane has never killed anyone? This is Il-86. Ilyushin aircraft makers developed their own system that includes the pilot into the control loop. All errors that the pilot can make will be corrected either by the co-pilot, or the electronic equipment. A single pilot error should not lead to a catastrophe - this is a regulation of airworthiness standards for all aircraft models."

"In most cases, it is pilots that cause air crashes to occur."

"Nowadays, the ICAO prefers to talk about the whole system. Errors can be either explicit or implicit. Those working at the forefront of aviation - pilots, technicians - make explicit mistakes, and they lead to certain consequences. There are other people who are committed to developing fundamental documents: standards, technical specifications and so on. They can make implicit mistakes that may surface after a while, and it may take long at times, even decades.

"During the Soviet times, when we were flying on domestic aircraft, we were in charge of everything - we knew everything about each and every airplane. Afterwards, Russia switched to Boeing and Airbus planes that receive technical maintenance outside Russia. This is a very serious problem, but it stems from the fact that the Russian aircraft industry has been staying in a deplorable condition, at least until recently. The situation in the Russian aviation industry has been changing for the better, but we will not be able to replace the existing fleet of aircraft for many years ahead.

"Yet, the state can quickly set the rules for aircraft registry. One needs to pass the law stipulating all the aircraft owned by Russian airlines should be included in the Russian registry."

"Why hasn't it been done yet?"

"International experience shows that flight safety is on the top level in the countries, where the life of a passenger is expensive. In the US, the average payout for a passenger that dies in an air accident makes up about $ 3 million, in Europe - it is 1 million euros,  in Canada -1 million Canadian dollars, in Australia - about one million dollars. This shows serious influence on how developers and airlines approach flight safety.

"In Russia, the amount is about 2 million rubles. If it were 120 million rubles, like in the United States, Russian airlines would be ready to eat dirt to ensure safety for their passengers."

"After the Sinai plane crash, it was said that it was harder for smaller airlines to take care of their passengers. It was even suggested to keep only two or three airlines in the country to make it all better for everyone."

"I do not think that airlines should be divided into small and big ones. Yet, again, if Russia introduced the notion of "cost of human life" - for example, 50 million rubles for each victim of an air crash - then financially insolvent airlines would immediately vanish.

"As for the A321 aircraft that crashed in Egypt, the investigation is being conducted by a special unit of the Egyptian aviation safety service, in accordance with ICAO. France and the European Union will take part in the investigation, because the planes of this type are produced in co-operation: Ireland as the country where the aircraft was registered, and Russia, because the plane belonged to a Russian airline."

"Is it not because the victims were Russians?"

"No, Russia takes part because it was a Russian airline was exploiting the airline."

"Why is Holland involved in the investigation of the crash of the Malaysian Boeing in Ukraine?"

"Because it was Ukraine that delivered the case to Holland in violation of all ICAO requirements. It could have been delivered to Malaysia or the USA or to any other country. In general, this investigation is so politicized that it surprises me a lot why such a reputable organization as the ICAO is turning a blind eye on it."

"Representatives of Kogalymavia said that the airline does not assume responsibility for the air disaster, because the disaster occurred as a result of an external impact."

"They can not clear themselves of all responsibility, because it was their plane. The wreckage of the plane fell down on a large area, which means that the plane broke up in the air. The reasons, for which it happened will have yet to be established. There was a sudden vacuum explosion, and the pilots did not even have time to press any buttons.

"There is an interesting aspect in this story. It was said that prior to its destruction, the plane went two kilometers down before ascending again. This has happened before to Tu-134 airplane of Armenian Airlines. It took pilots a lot of effort to land. Afterwards, the aircraft was examined, and it was revealed that the aircraft was not suitable for further use.

"If we compare a Tu-134 with a Boeing or an Airbus, then it would be a tank vs. a minibus. Russian  planes have always been heavier and more durable than foreign airplanes. The A321 could fall into an air pocket."