A national children and youth organization to assist in the socialization of children and adolescents is to appear in Russia. 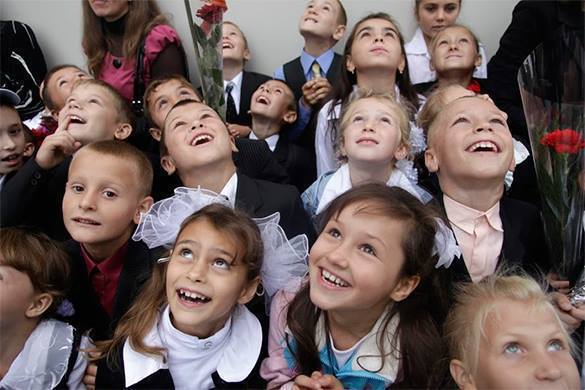 President Putin has signed the decree to create the organization called "The Russian Movement of School-Children", the purpose of which is to improve the state policy in the field of education of young people, as well as form citizen personality on the basis of Russian values ​​. The founder of the organization on behalf of the Russian Federation is the Federal Agency for Affairs of the Youth.

The movement will be coordinated with the executive branch and local government agencies with the mediation of the Russian Youth Center at the Federal Agency for Affairs of the Youth.

Noteworthy, on the 97th anniversary of the Komsomol party, Communists of Russia announced the revival of the youth organization with the historic name of the Russian Leninist Young Communist League, known for the Russian initials as VLKSM. According to party leader Maxim Suraikin, this name carries great positive energy.

The congress to bring the now-defunct organization back to life was held on October 29 in Moscow. Activists from more than 40 regions of Russia, as well as representatives of friendly organizations from the self-proclaimed People's Republics of Donetsk and Luhansk, from Hungary, Sri Lanka and South Africa took part in the meeting.

The congress adopted the resolution, the most important objective of which is "to  struggle against imperialism" and support the anti-fascist movement of the people of the Donbass and the Syrian government.

Maxim Suraikin, who asked to be addressed to as "Comrade Maxim", told Pravda.Ru why Communists of Russia decided to revive the Komsomol.

"We believe that this is a historical name that carries huge positive energy. During  Soviet years, Komsomol was like school of life for millions of Soviet people. In general, Komsomol, or the Young Communist League, played a crucial role in the fate of the country ever since the Civil War, when young communists were fighting for freedom and independence of the Soviet state. During the Great Patriotic War, Komsomol members were dying for freedom and independence of our country, for freedom from fascism around the world. Think about all those grand Komsomol construction projects - all of that still lives in people's memory," Comrade Maxim told Pravda.Ru.

"Our people understand that they need to restore this organization to make it a full-fledged and massively popular movement that in turn will help them with their problems, social issues, issues of professional growth, employment issues and all  other problems that young people face today," said Maxim Suraikin.