Russia in WTO: Hard to go in, much harder to go out

Ukraine filed a lawsuit against Russia at the WTO after Russia restricted imports of Ukrainian rail carriages and crossing pieces. What consequences does this lawsuit may entail for Russia and Ukraine. Who's the boss at the WTO? Pravda.Ru conducted an interview on the subject with Ruslan Dzarasov, a senior officer at the Russian Economic University. 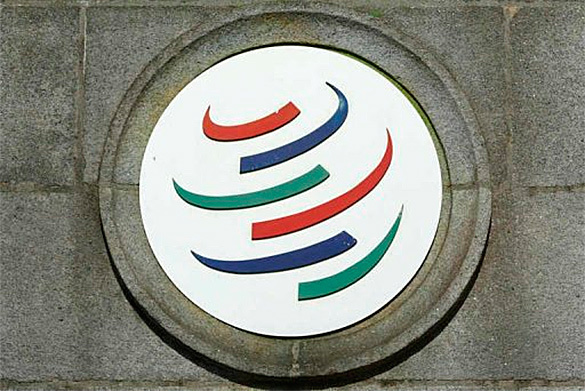 "Now that Ukraine sued Russia at the WTO, do you think that this is a purely economic dispute?"

"Of course, there is a political aspect to it. Ukraine says that it has suffered considerable losses after Russia stopped buying Ukrainian railway equipment in 2013. The commodity turnover in the field declined from 1 billion 700 million dollars a year to only 50 million dollars. This is a part of the sanctions war between Russia and Ukraine.

"Ukraine is trying to take advantage of its current situation, because now is the time when Ukraine has to pay its debt. Ukraine does not have three billion dollars that it owes to Russia, that's why the country is playing this game."

"Will it be possible to settle the dispute extrajudicially?"

"This is not the first lawsuit from Ukraine to Russia. This one is especially serious, though. Most likely, the case will last for two or three years. The WTO is an international organization that stays under effective control of highly developed Western countries. They use the WTO for their own economic and political interests. Russia is deeply involved in the crisis in Ukraine and in the international conflict around it, and they will try to use the WTO against Russia too."

"Why doesn't Russia sue Ukraine for its debt for natural gas?"

"This is primarily a political question for Russia. In response to the actions of the Ukrainian pro-American regime in the Donbass, Russia must take a tough position without making concessions in the form of discounts for natural gas. For some reason that I do not understand, Russia has not used its economic weapons yet. Russia must ask for its debt to be paid properly. The Russian economy is a lot less dependent on the Ukrainian economy."

"In 20 years of the WTO history, as many as 499 lawsuits have been filed at the organization. Is there anything in common between those disputes?"

"They are mostly lawsuits from developed countries against developing ones. Weak economies are incapable of defending their interests at such international organizations. As far as I know, there were no lawsuits from African countries. There were no lawsuits from Russia either. Russia is much more powerful than Africa, of course, but it still does not have enough tools to win at the WTO, because it is the Western transnational capital that prevails at the WTO. They use their own mechanisms to force developing countries open their economies. The relations between Ukraine and the European Union are a bright example for that.

"Yanukovych rejected the agreement for Ukraine's association with the EU, because he would have had to invest 160 billion euros in the efforts to bring Ukrainian goods in conformity with 20,000 technical regulations of EU standards. The new Ukrainian administration signed the agreement, but Russia will have to raise tariff barriers for Ukrainian goods. Otherwise, cheap and tariff-free consumer goods from Europe will inundate the markets of Russia and other countries of the Customs Union, which Russia can never afford. The introduction of this agreement means that Ukraine is losing the Russian market without being able to enter the European market either."

"If Russia starts doing something like that, they will use WTO lawsuits against Russia."

"Is there any disagreement inside the WTO among developed states?"

"They have some. To control global economy, Western countries unite and cooperate. For example, the USA provides nuclear protection for Western Europe. US troops in Europe strengthen the influence of the United States on European elites. Europe makes certain concessions in return. One can often hear US experts saying that Europe owes a lot to the USA."

"Does Russia need to pull out from the WTO now?"

"The WTO has created favorable conditions only for our exporters. Russian exporters, unlike Chinese ones, do not work in the processing industry. Russia primarily exports fuel. The WTO affected the Russian processing industry highly negatively. I am convinced that Russia's WTO membership has more minuses than pluses. At the same time, pulling out from the WTO is a hard nut to crack. Such a move entails huge penalties. Yet, anti-Russian sanctions go against the market ideology of the WTO and create force majeure reasons for Russia. Legally, Russia has a full right to use them to put its WTO membership into question without paying all those fines and penalties. This would be Russia's move to protect its national interests."