Indifference to Arctic will cost more

The Arctic development is one of the major directions of the Russian strategy. Some experts say that the Arctic development is very expensive. However, indifference will cost more, as Vera Smorchkova, Professor of the Russian Presidential Academy of National Economy and Public Administration, Chairman of the Program on senior executives training for the North and the Arctic told Pravda.Ru in an interview. 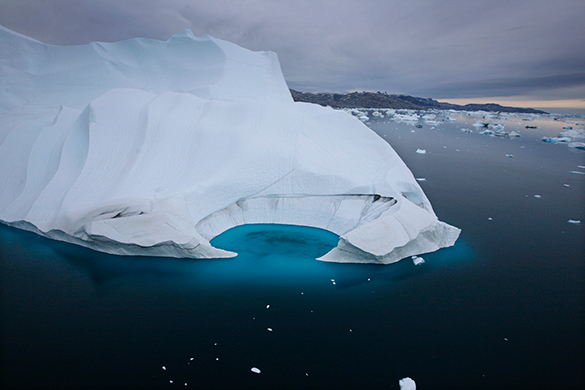 Russia has never been indifferent or lacked initiative in this region. We have the largest border in the Arctic, that is over 20,000 km. In total, there are more than 4 million people in the Arctic, and over 2 million of them live in the Russian Arctic. Thus, our territory is populated, developed in comparison with the others, and of course we can see a surge of interest towards Russia from other countries not to drop behind, Smorchkova said.

We haven't paid due attention to the Northern territories for many years. When perestroika began, the market economy was launched, and the North started migrating. Highly-qualified specialists, recent graduates left to the Central Russia, where they could earn more money, and the population of Chukotka which was 150,000 people, makes up only about 50,000 now.

All the natural resources are concentrated in the Arctic today. They should be developed. The economic grounds of the Russian Federation development strategy are based on the Arctic development. Thus, it is naturally.

Which are the main priorities of the Arctic development? Mining operations - it is clear, and which else industries can be developed in this zone?

Everyone knows, that 80 % of our natural resources are concentrated in the Arctic. People living there are of the greatest importance, the second is natural resources, and the third is economy diversification, that is new types of economy activity, because not everyone can work in oil and gas industries, work as a lumberer or reindeer-breeder.

We have built beautiful cities there, thus every infrastructure needed is present. I believe, first of all. It should be tourism. We need transport infrastructure, hotels, and service of international standards.

Now, we have some problems with transport, as there is only air travel. Light aviation should be restored and secure mobility of this labour force.

The scientific researches are also important. Innovative development of economy completely lies with the Arctic, because of such severe climate, extreme conditions, the human presence should be somehow reduced here. We have remote-acting satellites, control facilities, monitoring sensors, everything should be developed in the case of the Arctic.

All the industries you name, require investments. As far as I realize, we have one more development zone in addition to the Crimea and Far East. How much is spent on the Arctic now, how many taxes are raised, is there enough funding, and how much extra money is needed?

We certainly need special economic conditions. In Canada, for example, if any business is launched in the Northern territories, they do not pay any taxes for five years. So, in order to develop the service industries, we should give the entrepreneurs a break, so that they have motivation to move forward to the North and the Arctic.

Thus, some years ago we decided to grant rebates on every deposit to the companies, launching their business there. That is about 5 to 15 per cent tax reduce. I believe, business should work more with the regional and federal authorities.

How can we engage specialists from other regions to the Arctic? There used to be big Northern pensions, early retirement. Which measures should be taken now?

Yes, it's a great incentive to go there. People break down in health, if working for many years there, with the temperature being minus 60°C. We should provide financial incentive. In Yakutia, for example, if a teacher goes working to the Arctic, he can turn back in a big city of Yakutsk in five years and get an apartment for free there. At the weekends, they could come here by plane just to go to the cinema. They also had long vacations in the South annually. Everything should be remained.

We should also support traditional industries, not to loose the craft. Such indigenous people as the Nenets are best reindeer-breeders, and the Chukchi deal with sea-hunting industry. We also have the Arctic Academy in St. Petersburg, created especially for the indigenous people of the North to study there. We should preserve everything we have and hand down to our children.