Most Russians have only negative associations when they think of gambling business. The dynamically developing industry has not taken roots in Russia, even though it was bringing very good taxes to regional budgets and state treasury. Pravda.Ru editor-in-chief Inna Novikova talked about it to Deputy Executive Director of the Russian Association of Gambling Business, Samoil Binder. 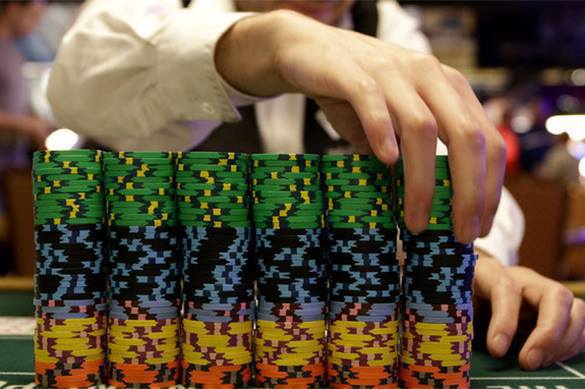 "Why do Russians have negative associations about the gambling business?"

"In Russia, the gambling business was developing outside state structures from the very start. The Russian authorities did not like that. When I was working as the general director of a large Moscow casino, inspectors would come once in every five days. I don't know why they were doing it. In Russia, there was a completely transparent system of taxation for the gambling business. We were not paying income tax, value added tax, sales tax. What was the point to hide any money from fiscal services?

Another question that many Russians were asking themselves was about the owners of all those casinos. I can tell you that they were not billionaires for sure.

"Why was the gambling business banned in Russia?"

"I think, it was because Vladimir Vladimirovich Putin was strongly opposed to gambling."

"How did market participants react to the idea?"

"Of course, we were strongly against it. We prepared several versions of the bill, but none of them made it."

"It has been six years. Has anything changed?"

" In Vladivostok, there is no gambling zone. Something is being done in the Altai region. There is nothing in the Kaliningrad region either. There is no infrastructure for the gambling business there."

"Were the authorities counting on foreign investors when they were planning the creation of gambling zones in Russia?"

"Of course, everyone wanted foreigners to come. One of them came, an American, Sheldon Adelson, the richest Jew in gambling as he calls himself. He was the only foreigner, who expressed a desire to work in Russia. He wanted to work in the Moscow region, but was not allowed, and so he left, even though he was ready to invest from three to five billion dollars."

"Did he build anything anywhere else instead?"

"He did in Las Vegas, a new casino, called "Venice." The money returned in two years."

"In 2009, all casinos in Russia were closed. More than 400,000 people - most of them young people - lost their jobs. The state lost two billion dollars in taxes, mainly in regional budgets. Moscow lost 18 billion rubles from this. When people ask me, what your gambling business has done for Moscow, I tell them: "This business transferred $40 million for the construction of the Cathedral of Christ the Savior. Have you seen the modern Novy Arbat Street? It was rebuilt on the money from the gambling business." A large casino in Moscow would have up to 200 contracts with a variety of companies that were created for serving the needs of casinos. All of that collapsed."

"Does it mean that your lobbyist in the government have not worked it the right way?"

"All this talking about the lobbyists and money bags is nonsense. Gambling is far behind  oil, gas industry, metallurgy, agriculture and so on. For the record, according to my data, the number of underground casinos and slot machines n Moscow and the Moscow region is larger now than it was during the time when gambling was legal and law-abiding. They do not pay taxes, of course. All this game will continue until the authorities realize their mistake."

"You said that before the closure of the gambling industry, there were 400,000 people employed in it. Where do these people work now?"

"Some of them reorganized. A factory that used to make gambling equipment now makes vending machines selling chocolates, water and chips."