Rosneft offers Putin program of massive sanctions against the West

The administration of Russian state-owned oil company Rosneft has developed a complex of measures to support the real sector of economy, as well as responsive measures to be taken against the countries that introduced sectoral sanctions against Russia. 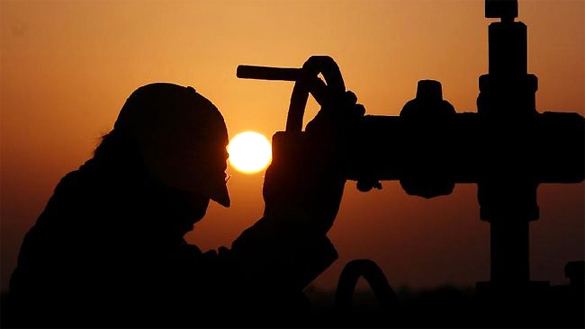 Rosneft's report of many pages is currently being studied at adequate departments, the Kommersant wrote with reference to its source. According to the source of the newspaper, Rosneft proposes to switch the supplies of Russian natural gas to Europe to payment in advance mode. Officials with the oil company believe that such a move would improve Gazprom's economy to the detriment of European buyers of the Russian gas.

According Bigness.ru, the state-owned company also proposed to freeze the construction of the South Stream gas pipeline project, which was designed to supply Russian gas to Europe bypassing Ukraine. According to the source, the head of Rosneft, Igor Sechin, believes that the EU, despite apparent opposition, is extremely interested in the project, as Russia remains the only solution to the problem of European energy security. Rosneft offered to support the sanctioned companies at the expense of the reserves of the Central Bank and assets of sovereign wealth funds, which can be provided through bond issues. The company also proposed to limit international cooperation in the use of Russian modules of the International Space Station and prohibit the disposal of spent nuclear fuel from the EU and the US.

According to Forbes, the list of Russia's responsive measures stipulates an opportunity to arrest assets of US and EU citizens in Russia as an interim measure on outstanding contracts. Oil and gas companies will be able to repay their debts to US and EU banks only upon a decision from the Bank of Russia, the document supposedly says.

Rosneft also offers to boost exports in the Asia-Pacific region by reducing customs duties on gas from 30 to 10 percent and giving access to the pipe for independent gas producers. The list also contains a proposal to abolish the mandatory disclosure of confidential information, including on the procurement of sanctioned goods by Rosneft and its "daughters." To crown it all, Rosneft proposes to prohibit the export of oil and gas equipment that had been supplied to Russia before the sanctions were imposed. In fact, it goes about expropriation of equipment from Western companies, a source said.

Meanwhile, Russia went up on the new Doing Business (DB) ranking for 2015. Russia has gained 30 points rising to the 62nd place as compared to last year's results.

The World Bank revised the algorithm of the ranking, Valentina Saltane, the author of the research said.

"The World Bank has changed the methodology on three indicators. First, for eleven countries with a population of over 100 million people, we included the data on a second city (previously, calculations were conducted only on the example of the largest metropolitan area; St. Petersburg was added for Russia). Secondly, we expanded the coverage on three of ten indicators (permission of insolvency, protection of rights of minority investors and receiving bank loans). Finally, we started taking into account the distance, at which a country stays to progressive practices. Previously, we analyzed each country under the conditions of vacuum, so to speak," Saltane told gazeta.ru.

In May 2012, Vladimir Putin signed a decree on the measures to improve Russia's position in Doing Business rating by 100 points (the so-called "hundred steps"), from the 120th position in 2011 to the 20th in 2018. In the DB-13, Russia managed to improve its position by eight positions, rising to the 112th place. In the original DB-14, the country went 20 points up, to the 92nd place. After recalculation was made at DB-14, Russia took the 64th position. Thus, in DB-15, the country rose by only two positions, bigness.ru said.

"This year, Russia has had two quite significant reforms in business and property  registration. This gave the country a possibility to enter the top 20. At the same time, Russia conducted five reforms last year," Saltane commented on the decline in positive dynamics.

"If in 2018, Russia wants to be in the top twenty of most comfortable countries for doing business, Russia will have to accelerate the pace of reforms in all directions. This touches upon its traditionally weak points in the first place, such as obtaining construction permits and international trade, where Russia is not even in the top 150," said Saltane.

Noteworthy, Russia has recently taken the 43rd place in Bloomberg's ranking of best countries for doing business. The rating was published on the agency's website on January 22. During the year, Russia has climbed 13 positions up. In  December 2013, Forbes put Russia on the 91st place on the list of 145 best countries for doing business. In later October 2013, the World Bank ranked Russia 92nd on Doing Business in 2013. Previously, Russia was not on the "top 100."

Author`s name Dmitry Sudakov
*
18:01
Putin: Merkel confirmed Russia made the right decision
15:58
Merkel's remarks about Minsk Agreements were 'petty and disgusting' – Lukashenko
15:02
Viktor Bout says he did not come across Russophobia in US prisons
12:02
Massive fire burns OBI hypermarket at Mega Khimki Shopping Mall to the ground
16:48
US basketball player Brittney Griner exchanged for Russian entrepreneur Viktor Bout
16:31
Zelensky believes Ukraine conflict may end in 2023
20:46
The West is expecting, but not pressing Russia-Ukraine talks
18:27
Putin: The threat of the nuclear war is rising, why deny it
17:17
Ukraine modenises Soviet Tu-141 Strizh drones
15:24
Ukrainian combat drones capable of flying at speed of sound may strike Siberia
Polish writer shocked to find out Russians will not rise to topple Putin