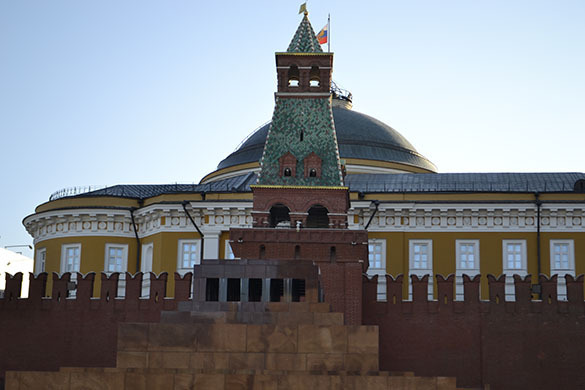 Valdai International Discussion Club continued working in Sochi on Thursday. The head of the Kremlin administration, Sergei Ivanov, and Foreign Minister Sergei Lavrov appeared at private meetings with political scientists. Discussing topical world affairs - the Ukrainian crisis, the rating of President Vladimir Putin and terrorism in the Middle East - the Russian leadership criticized the United States and the West. Putin is expected to take part in the work of the club on Friday, October 24.

The head of the Kremlin administration, Sergei Ivanov, fiercely criticized the policies of the West and openly talked about the Crimea, RBC said. One can discuss the return of the peninsula to Ukraine for a hundred years, one can cut and kill Russia, but the Crimea will never be returned, Sergei Ivanov said.

According to TASS news agency, Ivanov said that the Russian authorities will take efforts to prevent price growth that may take place against the backdrop of sanctions and Russia's retaliatory food embargo declared by Russia. Sergei Ivanov said that both domestic speculators and foreign suppliers of the Russian Federation used the international situation and the consequences of sanctions to their own advantage.

According to him, international pressure should not become an obstacle for such a common cause as the fight against terrorism. This evil can only be tackled together, without double standards, and the recent events in Canada's Ottawa proved that, Ivanov said.

A participant of the meeting told RBC that Sergei Ivanov accused America of creating a coalition against Russia. According to the source, in a very tough speech, Ivanov used such words as "deception" and "illusion."

Ivanov and his first deputy, Vyacheslav Volodin, who declared the strong thesis "No Putin - no Russia" the day before, said that there were policy-makers, whom the West applauds to. Yet, people feel nothing but negative results from such politicians. The majority of Russians praise Putin's activities, as the standard of living has increased during his stay in power. Therefore, the Russians remain skeptical of the West. In addition, most Russians do not see any presidential candidacy other than Putin at the election in 2018.

Foreign Minister Sergei Lavrov criticized the West too, RBC reports. The minister repeated his previous statements saying that the West was pouring fuel to the fire of the Ukrainian crisis.

Speaking of prospects to regulate the situation in the Donbas, the minister said that it was extremely important not to disrupt the process of finalizing the demarcation line. This will establish a sustainable cease-fire, the minister said, the Kommersant newspaper wrote. For the time being, the sides continue exchanging fire shots, while the Kiev authorities continue to use heavy military hardware, he added.