On August 1st, 2013, seven Russian regions will undertake another social experiment. The government introduced the social norm for consumption of electricity and, regardless of the outcome of the experiment, in 2014 social normalization will be implemented in all regions. In 2015, the norms will be also imposed on the water supply. 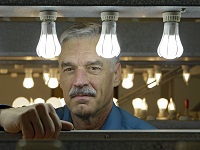 The situation is very simple. In an attempt to do away with the subsidized tariff, the government is shifting part of the cost to the country's population. If before most of the electricity costs were paid by industrial facilities, it is projected to be "fifty-fifty" by 2030.

In the first round residents of the pilot regions will get to appreciate the peculiarities of life on "energy diet", but in 2014 the transition to a differentiated billing for electricity consumption will be finalized. The innovation will be tested in Nizhny Novgorod, Orel, Vladimir, Rostov and Samara regions, as well as Trans-Baikal and Krasnoyarsk region.

Incidentally, in a number of regions such rations have already been introduced. For example, in Nizhny Novgorod region, it started with 40 kilowatt-hours and was later raised to 50, while in Vladimir region and Trans-Baikal the ration hovered around 50 kilowatt-hours. This year, the "prize" of the population from cross-subsidies is estimated by the Department of Energy at 232 billion rubles.

By 2023 it should be reduced to a minimum of 50 billion rubles. In other words, the innovation is only a way to increase the prices of goods and services of the monopoly for the public. According to the decree, the rates higher than the "ration" must be of "reasonable cost."

It is clear for the Government that in the first year the economically viable amount is 30 percent of the cost of the electricity consumed within the ration. That is, the increase of price for excessive tariffs by 30 percent would not hurt the consumer's wallet too much.

However, according to Rossiyskaya Gazeta, "services for excess energy may cost 70 percent more" ... It is quite strange to hear about the "savings" in the country with abundant energy resources. Why should the population be financially punished?

The Ministry of the Economic Development has estimated that the cost of electricity for the population in 2013-2015 will remain 17-20 percent lower than for the industrial consumers, by 2019-2020 the prices will become equal, and by 2030, electricity for the population will already be 1.7 times more expensive. The Ministry assures that after the transition to the economy with a dominant share of the middle class, cross-subsidies will be eliminated. This remarkable in every sense conclusion was made by Deputy Minister of Economic Development Andrei Klepach.

According to his futuristic calculations, it appears that by 2025 half of the Russian population will be middle class, and under these circumstances it will make no sense to subsidize the consumption of heat, electricity, and gas. This is despite the fact that now only 20-26 percent of Russia's population can be called middle class and there are plenty of poor people. For some reason now the population's incomes do not grow as fast as their utilities expenses.

Introduction of the social ration and rates increases are not supported by powerful energy consumers. Vasily Kiselev, the director of the nonprofit partnership "Community of energy consumers" noted in an interview with Vedomosti that a more significant step towards solving the problem would be optimization of the investment and operating expenses of network companies.

In addition, according to the most conservative estimates, the number is about 80 percent of cross-subsidization. Now, there is another important question for the public. Even if right now the Russians are willing to tighten their belts and pull their kerosene lamps out, what will be done with electricity, heat and water losses that really exist and that are included in the rates?

When the price of these resources was low, "some" 15-20 percent padded by monopolies into the current tariffs for payment for "process losses" did not particularly bother the population. Companies traditionally complained that residents paid significantly less than cost-based rates and, therefore, there was no money for updating the infrastructure.

Now the issue is more acute than ever. Why when paying "economically reasonable" price do we have to pay for lost water and electricity? Logically, the introduction of such tariffs should be accompanied by a complete rejection of such a component in tariffs as "planned loss." But everyone understands that these measures to reduce waste and inefficient use of energy are objectively limited, as it is impossible to completely abandon the consumption of energy in the modern world.

But how can that be that this is clear for everyone except the initiators of the innovation? Are they not paying bills? Or at what level of income such utility rates are negligible? There is one more question. Why do we have to pay more instead of producing more, especially given that there are resources available?

How many unfinished nuclear power plants are there in Russia? How many projects for hydropower are there? And what if, following the European model, we start actively developing alternative sources of energy and diluting expensive energy monopolies with nearly free energy from the sun, etc.? Some would say it would not help. But take a look at the roofs of many European capitals, and you will see shiny solar batteries on them. In other words, instead of engaging in extortion from the Russian people, why don't we start investing in the energy sector of the country? A rhetorical question, isn't it?