This year marks 60 years of the infamous amnesty of 1953 in Russia, as a result of which the country was literally awash in crime. A few decades later, the problems are largely the same.

In 2013 in Russia 170 penal institutions may be shut down. This may result in a shortage of 74 thousand places. How will the deficit be addressed? It seems that mitigation of punishment is the only way. 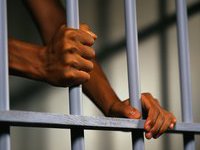 The information of shutting down 170 colonies is official. It was communicated in late February by head of the Federal Penitentiary Service Gennady Kornienko at a board meeting. According to him, the staff was reduced by 10 percent, and due to the lack of staff prisons will have to be shut down. The prisoners will be transferred into the remaining facilities. This will inevitably lead to deterioration of living conditions.

This is despite the fact that the number of prisoners in correctional facilities is reduced. Over the past year it was reduced by 55 thousand. Now only over 585,000 people are imprisoned.

Last year 258,000 people were placed in jails, which is five percent lower than a year earlier. In 2012, the courts decided to mitigate the punishment for 83 thousand people.

The overcrowding of Russian prisons and, as a consequence, tough conditions were the main reasons for the liberalization of some articles of the Criminal Code. It is quite simple - fewer convictions, fewer prisoners. This means that the remaining prisoners will live in better conditions.

In fact, it does happen, but with very significant corrections it essentially negates the good initiative. That is, fewer convictions and reduced number of convicts. Then the bureaucratic logic is turned on. Since we have fewer inmates, penitentiary facilities staff must be reduced, followed by colonies.

As a result, the conditions for prisoners are not improved, and again there is shortage of places in prisons that, in theory, must have disappeared due to the mitigation of punishment.

There is another side to this story. Where is the guarantee that early release - in the fight against the deficit of places - will not lead to an increase in crime? Inevitably we draw an analogy with the amnesty of 1953.

The president of the Foundation for Detainees, a member of the Public Chamber of Russia Maria Kannabikh welcomed the reduction in the number of correctional officers and staff. According to her, the decrease in their number will result in the reduced number of prisoners.

"We would like to introduce house arrests, electronic bracelets," said Maria Kannabikh to Pravda.Ru. She believes that in this case the state of the system of executive penalties will be virtually unaffected by the reduction.

Kannabikh stressed that crime will be reduced only if there is an effective program of rehabilitation for people released from prison. "Then we will have fewer recurrent crimes than now, and our society will be safer," said Maria Kannabikh.

"The layoffs of staff under these conditions will not be too painful. But if the above does not happen, of course, it would affect our prisoners significantly," said Kannabikh.

In turn, the chairman of the human rights movement "Resistance", a member of the Public Chamber of Russia Olga Kostina told Pravda.Ru that she was "dumbfounded" by the numbers stated at the meeting of the board of the Federal Penitentiary Service.

"The fact is that our country has no mechanism to re-socialize people released from prison. We all need to understand that these 170 colonies will merge into our society. And it is clear that they will be without social support, that is, without employment opportunities, with virtually no oversight," she said.

According to Olga Kostina, the reform of the penal system humanization that started six years ago "was completely ill-conceived." "I think it will lead to, unfortunately, escalated crime. Admittedly, recidivism in Russia in recent years has grown. This is also stated in official documents, and I think that the lack of re-socialization leads to repeated crimes by those released, when they cannot find a job, have no money for accommodation, or place of residence," she said.

"To date, we have what we have - in fact a failed reform of the FSIN. The staff is in a difficult situation, their wages are low. The work is very hard both emotionally and psychologically. Unfortunately, at recent boards it was emphasized that street crime has drastically increased. I believe that this is probably also the result of lack of control mechanisms and re-socialization of people released from prison," said Olga Kostina.

"We still fear that because of the reduction (of prisons) potentially dangerous elements may be introduced to the society," said Olga Kostina. "Moreover, during the amendment of the humanization (of the penal system), there have been attempts to include crimes against life, liberty, and health," she said.

According to Kostina, the attempts to attract the government's attention have not been successful. "We frequently spoke about this in the Public Chamber; I had to write to various authorities," she said.

According to the human rights activist, the reactions varied. "At first they were offended with our criticism. Now, they may not take offense, but do not respond either," she said. Olga Kostina stressed that the main task was still not to criticize, but work together to achieve results.