Modern air defense and missile defense systems are not only an integral part of maintaining security of entire countries, protecting them from the enemy aircraft and missiles, but also a deterrence tool. The effectiveness of attacks and the outcome of the war may depend on the performance characteristics of SAMs.

In some cases, the availability of these weapons may force an opponent to revise their plans, and sometimes it may be the cause of friction between two countries. Nearly all countries, regardless of their size, allocate a significant budget for protection of their territories. This is particularly important for great powers in possession of nuclear weapons.

The U.S. and Russia are the leaders in the industry. Perspective S-400, developed by Russia, and MEADS, created by the United States, Germany and Italy, serve as an example. 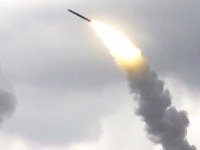 The most significant differences between the two systems are in the range, and, subsequently, their fitness to this kind of classification. Russian S-400 is an air defense missile system of long and ultra-long -range, and the European-American MEADS is of average range.

It so happens that the majority of experts out of habit that evolved during the Cold War and competition between the S-300 and "Patriot" continue to compare their distant relatives. This comparison is likely possible because SAM is designed to replace the aging complexes mentioned above, though, based on their capabilities, it would be logical to compare the S-400 directly with MEADS and THAAD.

Despite the capability of the interaction of these complexes with other more powerful radar systems such as MEADS with THAAD, and S-400 with radar "Don-2N", in most cases it is still preferable to rely on own radar.

Each S-400 system consists of six SAMs. The command center of the air defense missile systems will process the data from the radar complex, SAM, and other AAMS and ZRPK (S-300, "Thor", "shell-C"), as well as higher command centers. In short, it fully controls the process of the attack with modern air defense / missile defense system in a given area. Radar system (RFCs) for the S-400 is 91N6E, and its range is 600 km.

Anti-aircraft missile system S-400, in turn, consists of a multi-function radar tracking and missile and launchers guidance (up to 12 units). Each complex can function independently from the command and control center and the main RFCs. This feature is provided by 92N6E multifunction radar, although its range is only 400 km. In addition, it can simultaneously track up to 100 targets at the so-called " трассовом сопровождении"" and up to 6 with the exact. Two missiles are aimed at each target, which provides a greater chance of hitting it.
In addition, S-400 has all-altitude radar 96L6E, mobile tower for antenna post 92N6E, logistics complex, electronic intelligence station and, of course, ammunition missiles.

MEADS system division consists of a headquarters battery and three firing batteries. Fire battery will have a single operational and tactical command and control center (BMC4I), radar-round view, two radar target tracking and missile guidance, 6-12 PU and three freight-loading vehicles carrying 12 missiles each. The radar with a phased antenna array can be operated in a fixed position, and rotate at a speed of 7.5 rpm. Multifunction radars are able to rotate at a speed of 15-30 rev / min.

The range of the radar has not been disclosed yet, but likely it will be shorter than that of the Russian S-400 because MEADS is still in the category of medium-range air defense system. It is clear that the battery of the SAM can fire at up to 10 targets simultaneously (S-400 can fire at six targets). This difference has to do with a single battery in two multifunction radars.

Most differences between the two weapons are evident when comparing the technical characteristics of the missiles and their ability to engage different types of targets at a distance. MEADS system is capable of firing two types of missiles: PAC-3 MSE and IRIS-T SL. The former is a modernized version of the PAC-3 missile and is used in new Patriot complexes, the latter is a ground version of the German missile air-to-air close combat IRIS-T.

One launcher will accommodate eight missiles PAC-3 MSE with a range of 120 km and so far unknown number of IRIS-T SL that can replace the more expensive PAC-3 for preventing attacks and destroying various types of aircraft, cruise missiles and precision-guided weapons at the range of about 30 km.

MEADS can reach targets at the altitude of 25 km. The minimum launch range (for PAC-3 MSE) is 3 km. The real breakthrough for the MEADS development is the ability to vertically launch missiles that can fire at a target in 360 degrees radius, although this technology has been used by the USSR in the first versions of the S-300 in the late 1960's.

The S-400 has a wider spectrum of surface-to-use range missiles - six (12 with variations). Three types are used in the S-300 and other three are new ones. This number of weapons used will ensure a significant survival rate of the complex when fending off an attack. Conventional missiles used in the S-300 have a range of 150-250 km. The new missiles 40N6E tested recently will form the basis of the S-400.

Despite the fact that the new missile will measure slightly different than the S-300 missiles, it is capable of hitting targets at a distance of 400 kilometers and an altitude of 185 km, i.e., in the near space. In terms of range it not only surpassed THAAD, but came close to the sea-based missile defense system Aegis, but, unlike the latter, it is not able to hit targets moving at orbital velocity - warheads of intercontinental ballistic missiles and satellites. Another difference with THAAD missiles and Aegis is the inability to capture the kinetic purposes.

9M96E2 and 9M96E and variations will be used in the anti-missile system of sea-based "Redoubt". These missiles can destroy not only the enemy's aircraft, but also ballistic missiles. The range is between 1 km and 50-150 km (150 km for 9M96E2) and altitude of 35 km.

S-400 launcher is capable of carrying 4 large rockets and 16 lighter missiles. Its important feature is the ability to place different types of missiles on a launcher. For example, eight 9M96E missiles and two 40N6E missiles can be placed on one launcher.

Both air defense / missile defense systems are mobile and currently there is no information on how much time it takes to deploy MEADS. The S-400 can be brought into a state of readiness in just 5-10 minutes. They can be transported by rail, air and water. For emergency delivery of MEADS into a theater of war C-130 Hercules (USA) and the Airbus A400M (EU) will be used.

The U.S. plans to buy 48 anti-aircraft missiles, Germany - 24 and Italy - 9. In the U.S. they will replace the "Patriot," in Italy "Nike Hercules" and in Germany "Improved Hawk" and "Patriot." Currently production of 81 units is planned, with the total cost (including the development) of 20 billion dollars. However, this number may change during subsequent modifications and testing.

The S-400 is designed to replace the S-300 and S-200. By 2020, it is planned to acquire 56 battalions (28 regiments). Along with the advanced S-500 they will form the basis of future missile defense of Russia. There was information that Turkey was ready to give up the S-300 in favor of S-400, but Russia does not intend to sell the complex until it provides it to its own air and space defense forces. Recently it was announced that Belarus and Kazakhstan will acquire first S-400 as early as in 2015, immediately after the start of production of the S-400 and S-500.

Despite the fact that in creation of comparable SAMs many new technologies were used, it is absolutely clear that the S-400 was the winner. There is no doubt that at the moment, this system is the best ground-based air defense system in the world. This complex has bright future and great potential due to a combination of excellent performance characteristics and relatively low cost - about $200 million for a division (in comparison, the cost of Patriot PAC-3 complex reaches $1 billion). Of course, MEADS and S-400 will be 100% comparable only in actual combat, but we can only hope that these "comparison" never happens.