Why is Michael McFaul so sad and upset in Russia?

U.S. Ambassador to Russia Michael McFaul is again displeased with the Russian media. This time, his negative reaction was provoked by the comments about the death of a three-year-old Maxim Kuzmin in West Texas made by Russian media. 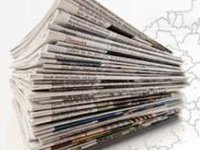 Second, the Ambassador is unhappy with the way the Russian media portrays U.S. diplomats. Apparently, he is talking about some media reports about the State Department refusing to cooperate with Russian diplomats after it became aware of the child's death. The Americans categorically deny it.

"Some in the press are portraying me as unwilling to engage with Russian officials or the public on these issues. As a worldwide practice, American ambassadors do not testify before foreign parliaments when summoned to do so. Yet, I am always willing to meet with anyone on any issue, including Duma deputies, if the objective of the meeting is to advance understanding between our two countries, " McFaul said on his blog

Another claim of the ambassador is of a global nature. He stated that he was deeply saddened by the way some Russian media is portraying his people and his country.

Michael McFaul said that he disliked the unfair stereotypes of Russians and Russia that appear in the American media, and equally, it is painful for him to see a false image of Americans and their values painted by the Russian media.

"It is time for sensational exploitations of human tragedy to end and for professional work between our two countries to grow, on this issue and many others. I personally, and our entire Administration, remain eager to work with all in this country who seek to develop our bilateral relations based on common interests and mutual respect," concluded the Ambassador. This is not the first complaint of Michael McFaul about the Russian press. Two weeks ago, he accused it of spreading anti-American attitude.

"If you take these phrases alone, I personally fully support them. I think there will be no people of good will, as we used to say, who would be against them," commented on the statement of the U.S. Ambassador Director of the "Intelligent Internet" Vladimir Mamontov.

"But if you rewind the tape back, it appears that there is no reason for the people of good will to believe the Americans, love them or adore their judicial system. America today is not an example of common sense exhibited by McFaul in separate sentences," said the reporter.

"Clearly, the media coverage of these cases has a campaign nature. Exactly the same way, if not worse, these topics are covered by the American media when it comes to some American campaigns and sores. This is a perfectly normal feature of any media," said chief editor of Odnako Mikhail Leontiev.

He thinks that "the problem of Mr. McFaul is that he is a person incapable of diplomacy. He was appointed as a "people's diplomat" in a semi-colonial country. He is not a diplomat, he is a lobbyist of certain ideas, structures. This reset is implemented in the form in which it was developed by Clinton's State Department, and it was not built for the improved relations, but as a return to the widespread use of "soft power" in relation to Russia," Leontiev believes.

According to him, "we have an opened window of diplomatic options with the U.S. at this time due to the fact that the United States is trying to change its global strategy." The ambassador has to be replaced with a person "aiming at diplomacy and building a relationship, not a PR battle with the Russian public relations."

"I absolutely agree with the fact that these campaigns are always extremely ideological, engaged and affected. Everything that was said about the American judicial system with respect to our children is true. And we know that most of the deaths of Russian children went unpunished, I mean unnatural deaths. This is an obvious thing. It is a known fact that American diplomatic practice does not extend equal objective justice to the U.S. citizens and people who are not considered full-fledged Americans," said Leontiev.