Russian nuclear energy demonstrated impressive achievements in the global market "of nuclear services" in 2012. In this area, Rosatom State Corporation wins competition with major Western companies, even though cooperation in the field of "peaceful atom" remains under strong political pressure. 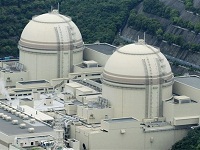 The raw material orientation of Russian exports receives criticism on a regular basis, mainly with no prospect of success in the export estimates of advanced technologies. However, they are present in the field of exports of goods and services of the nuclear industry. Russia has been showing impressive results, conquering new markets and penetrating into the markets of competitors. The advantages of Rosatom over its competitors (especially the French company AREVA and U.S.A.'s Westinghouse) are about the fact that the Russian company offers customers a complete range of services - from the construction of nuclear power plants and fuel supplies to staff training and generator shutdowns.

In addition, Rosatom is very disciplined in observing construction periods (5-6 years), which most competitors lack. The portfolio of Rosatom's foreign orders before 2022 now stands at 69.3 billion dollars, not including the HEU-LEU contract (processing highly enriched uranium (HEU) extracted from nuclear warheads of Russian missiles into low enriched uranium (LEU)). In 2012, the portfolio increased by 18.4 billion dollars, and the number of orders increased by 8 power-generating units (from February 11, 2011), the Center for Energy Expertise said.

The above-mentioned facts can be observed despite the "Fukushima syndrome," which pushed many countries (Germany, Switzerland, Japan) to refuse from the construction of nuclear power plants and shut down nuclear energy programs. On the contrary, Rosatom's portfolio of orders will continue to grow with a prospect to replacing outdated units with new ones.  The "passive safety systems" that Rosatom proposes provide absolute safety in case of accidents, even if there is no water, electricity and personnel. In addition, the company develops fast neutron reactors of the 4th generation (Project "Breakthrough"), which will use elements of spent fuel.

Last year, special progress was achieved in Asia. There were nuclear power plants built in China (Tianwan NPP), Iran (Bushehr); NPP Kudankulam (India) is to be launched before the end of the current year.

President Vladimir Putin announced that Russia would give Bangladesh a loan for the initial phase of construction of the first nuclear power plant in the amount of $500 million. In the capital of Bangladesh, there will be an information center for nuclear energy set up - similar to the one that already works in Turkey, where Rosatom has a contract to build a nuclear power plant  with full funding of the project by the Russian side ($ 25 billion).

This week, Rosatom became the owner of 100 percent of shares of Canadian uranium company Uranium One, which operates in Kazakhstan. Should the deal is approved by shareholders, a subsidiary of Rosatom will be able to consolidate control over uranium assets in the former Soviet Union and pave the way for the expansion of access to resources in Australia and South Africa.

In Europe, the situation with orders for 2013, can significantly improve. In the Old World, it is generally assumed that Russia strives for energy dictatorship over Europe in general and Germany in particular. It was political reasons that made Bulgaria refuse from the contract for the construction of Belena nuclear power plant ($ 10 billion). Most likely, though, the country will return to the contract with Rosatom if the question of the fundamental development of nuclear energy is resolved favorably during the referendum on January 27th. In the Czech Republic, there is a tender for the construction of two nuclear reactors in Temelin (15 billion dollars). The French AREVA has left the competition. U.S. Secretary of State Hillary Clinton personally lobbied the company Westinghouse. However, its chances to win the tender is much less than that of Rosatom.

Rosatom's subsidiary, TVEL, will supply fuel to Swedish nuclear power plants Ringhals-3. Thus, Russia, through the export of the full cycle of nuclear power greatly increases its strength as a world power. A positive development of this situation in the future may remove the issue of who will control "energy weapons" of the future. Russia will be automatically integrated into economic and political relations with the recipient country of services.