Russia needs to defend itself against WTO's GMO

Russia needs to enter a five-year moratorium on the use of GMO food products and growing of GMP plants. This is required to enable preparation and adoption of laws to control the content of GMOs. Otherwise, after the entry into the WTO, Russia will be at risk of losing its own seeds and livestock breeds that will be displaced by transgenes.

One of the arguments proponents of GMO products usually use is a very short period of their use - 20 years, and consequent lack of a sufficient basis for any conclusions.

In fact, studies of the effect of GMOs are being conducted. However, their results are either hidden from the public or altered in some way. Companies behind GMO products are serious forces with a great deal of political and financial weight. 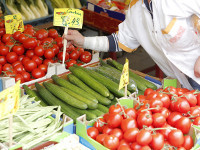 Nevertheless, information is still leaking. In May of 2011, the American scientific journal Reproductive Toxicology published an article of Canadian researchers revealing the presence of the toxin from GMO corn varieties "Monsanto" in the blood of 93 percent of pregnant women. In 80 percent of them, it was found in the umbilical cord and fetal blood.

This means that the statement of Monsanto, the world leader in plant biotechnology, that all the toxins are broken down in the digestive tract and are not dangerous to humans, are false.

In 2005, the Australian Government interrupted a ten-year project to create GMO peas because their experiments on mice led to allergic lung diseases in animals.

The greatest impact was caused by the recently published study of French scientist Gilles-Eric Seralini. For 24 months he fed rats with transgenic corn from Monsanto, which led to the destruction of their internal organs, tumors and premature death.

After that, the Russian Federal Service suspended the use of GMO corn and asked the Institute of Nutrition to validate the findings of the European scientists.

Once, the institute provided an opinion on GMO potatoes. That time it was positive, although during the experiment part of the experimental rats died of colon cancer. But experts of the Nutrition Institute found that everything was within norm.

"Despite the assurances from health services that all products on the Russian market are controlled, it is not true. According to SanPiN, GMO products must be labeled, however, in reality no one monitors laboratories, specialists or procedures," said head of the Alliance of the CIS organization For Biosafety Victoria Kopeikina at the hearing on GMOs in the Public Chamber.

There is virtually no publicly available official information on how many products are tested and where exactly GMOs are found. According to Victoria Kopeikina, in the entire Russia in the past year only 30,000 tests have been conducted, which is negligible. 10 percent of samples showed GMO content.

An official ban on growing GMO plants is in effect in Russia. This decision was made after leading crop institutions of the country in 1998-1999 conducted studies that revealed adverse effects of GMOs on the environment.

Today, GMO products come to Russia from abroad as raw materials - soy, corn, potato, rice, and beets. The raw materials are used for production of lecithin or starch that is added to nearly everything.

According to the consumer protection law, foods containing GMO additives must be labeled. Apart from the fact that in reality it is extremely difficult to check, there is a new threat linked to Russia's entry into the WTO.

A few years ago the then Minister of Trade German Gref and U.S. Trade Representative signed the so-called "exchange letter" regarding the regulatory issues of agricultural biotechnology.

According to the letter, the Russian side after the entry into the WTO had to agree with the American side the entire system of regulation in the field of biosafety and labeling. The Russian side undertook to take into account all comments of the Americans that can be made even at the stage of implementation.

According to the head of the Alliance of the CIS organization For Biosafety, it will lead to the situation where Russia will soon face unprecedented pressure from the U.S. on this issue.

"This may mean that the list of GMO products that are registered for use in food will increase significantly. Actions will be taken to allow growing of transgenic plants on the territory of Russia", said Victoria Kopeikina.

Alexander Baranov, honorary president of the National Association for Genetic Security, recently visited the Southern Federal District. According to him, local farmers are strongly opposed to GMOs: "They are offered seeds that come in a package with technologies and chemicals. In cattle breeding imported cattle is also meant to be fed only foreign food, mainly transgenic. It looks like a purposeful destruction of our varieties and breeds and their replacement with imports. "

According to Alexander Baranov, a relatively new biotechnology industry has not been studied enough and its wide use is dangerous: "Once medical professionals happily announced that ringworms were well treated with radiation. Later, when growth of cancer incidents was observed among those patients, this method was abandoned. "

He also reminded of last year's event in Germany, where many people got food poisoning after eating lettuce. First, it was blamed on "dirty hands disease." But a test revealed that E. coli was atypical, two strains were combined into one, and they were joined by eight components resistant to antibiotics.

"It is clear that it was not an accident. This was a leak of a biotechnology component from a research center located in the area. But the problem was hushed up,"   said Alexander Baranov.

Experts propose to introduce a five-year moratorium on GMO products like it was done in the European Union. During this time, the necessary legislation can be prepared. In particular, it is important to adopt a law on tracing transgenes in products and providing GMO information on packaging. There is also a need in a law on organic agricultural products as the consumer should have a choice when purchasing food.

18:48
Bloomberg: Ukraine faces serious problems with the payment of external debt
17:52
Expert: UK and US tricked Poland with weapon supplies
17:21
Political scientist: NATO summit shows nuclear war is practically unavoidable
16:38
Russian Defense Ministry reveals where Ukrainian army suffers greatest losses
16:24
Relations between Russia and Japan tumble down to zero
15:58
DPR may not execute British mercenaries
15:55
ASOS in its latest update mocks Russians because of the sanctions
15:23
Finnish FM: Trust between Moscow and the EU will be restored
14:40
Inflation in Italy reached its highest level in 36 years in June
13:35
Spiegel: Germany demands Lithuania to lift the ban on transit to Kaliningrad
World
Expert: New Ukrainian tactics creates problems for the Russian military