USA still tries to destroy Russia from within, through NGOs

It seemed that as long as Russia passed the law to tighten accountability in funding Russian NGOs, Washington would finally stop the tacit sponsorship of Russian NGOs working in the field of politics. However, to replace the activities of USAID, there is a new "shadow" sponsor in Russia now. 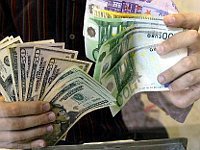 According to Lifenews that refers to its experts, the United States of America that lost its major donor for the Russian opposition in Russia - USAID, invented a scheme to to circumvent the law on NGOs and continue to finance the anti-Russian activities of human rights organizations. Now the role of the foreign sponsor will be attributed to US-Russian Foundation for Economic Advancement and the Rule of Law - USRF.

Indeed, it is hard to find a better source than USRF to fund political NGOs and human rights movements. The foundation is a donor organization that supports non-profit projects aimed at economic and legal development, as well as entrepreneurship.

In addition, the fund seeks to strengthen ties between Russia and the United States for several years. It has been working closely with the Ministry of Education, and even the Supreme Arbitration Court of the Russian Federation.

Most importantly - USRF does not fall under the law on NGOs. The fund is not officially involved in politics, and those who come to the fund for grants do not have to call themselves foreign agents. Besides, USRF has good reputation and a huge potential for raising funds for Russia not through the organizations of the United States government. Another important factor is that there are Russian citizens in the administration of the fund. For instance, a member USRF's board of directors, Nadezhda Seryakova, served as executive director of the International Republican Fund in 1992 - 1995.

The article in the above-mentioned Russian publication appeared after another article in the Komsomolskaya Pravda newspaper which exposed public correspondence between Western experts and participants of USRF about an increase in spending on Russian opposition projects prior to parliamentary and presidential elections. In addition, the people involved in the correspondence boasted of successful demonstrations on Bolotnaya Square and offered to increase "support for organizations that share right values and take people to protest actions."

Political scientists say that the situation with USAID's successor in the face of USRF is evident. The director of the Center for Political Information, Alexei Mukhin, says that it was only the beginning of the expansion of American foundations working "undercover" in Russia. USRF is only a pioneer at this point.

Paul Craig Roberts, an American economist, a co-founder of Reaganomics, told Pravda.Ru: "The purpose of USRF is to destabilize Russia and to evade the restrictions that the Russian government has put on foreign finance of its political opponents.

The National Endowment for Democracy was set up for the purpose of funneling US taxpayer money to Soviet dissidents. Over time, many different NGOs came into being and live off the NED money. It has always been a puzzle to me that Russian governments have allowed this direct US intervention into Russian political and internal affairs. In the US such activities would be considered treason.

"I have wondered whether Putin was gullible or simply powerless to do anything about it.  I do not understand why he still allows it as long as the recipient of US or European money registers as a foreign agent. Money is fungible. It is not possible to say that it is only for this purpose or that purpose. All foreign money that comes into Russia is for the purpose of subverting the government.

"I know that former Soviet dissidents, and much of Russian youth, are very naive about Washington's intentions toward Russia.  It is a mystery to me how they cannot notice the missile bases surrounding Russia and the demonization of Putin and "gangster state Russia," but they don't," Mr. Roberts said.

"I heard that the Americans have expressed the intention to continue to cooperate with Russian public organizations by providing them with financial support, - Director of the Moscow Bureau for Human Rights Alexander Brod said in an interview with Pravda.Ru, - If it goes about helping sick children, assistance in any type of medical operations, cultural programs, then such international contacts are only welcome, of course. If it comes to the projects with political motives, then it is forbidden here, just like it is forbidden in the US. It is hard to imagine that a Russian organization would be promoting protests against President Obama, or monitoring human rights in the U.S. Army."

The head of the LDPR faction in the State Duma, Igor Lebedev, reminded of inadmissibility to finance political NGOs and opposition organizations from foreign sources. If the above-mentioned facts are true, it would be a direct violation of the law, said Lebedev. "Certainly, the activities of USRF (as described in mass media) violate the law directly, because the law excludes financial support from foreign sources," said Igor Lebedev.

"But we all know that the majority of so-called NGOs were created to receive funds from abroad to carry out the orders of the organizations and the people who provide this funding. To fight with things like that, Russia has recently passed the law prohibiting such funding. Therefore, we believe it is a direct violation of the law and we are obliged to respond to this," Igor Lebedev said.

Of course, the United States does not formally fund political projects in Russia, but it is not going to leave "civil society activists" without financial support. On the eve of the presidential election, after the Agency for International Cooperation of the United States (USAID) stopped its activities in Russia, U.S. Secretary of State Hillary Clinton promised to find new channels to support all those who "share American values."