Russia and Japan to create brotherhood of Asian Super Ring

Russia's Energy Ministry has returned to the development of the project to integrate power systems of Russia, China, Mongolia, South Korea and Japan. In 1998, the project was given a catchy name "The Asian Super Ring." The Siberian hydropower plant was supposed to become the main donor to the ring, and Russia could become a key crossroads for daily energy flow between the above-mentioned countries. 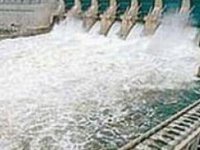 The Japanese government has revisited the project. It was Japan that offered Moscow to recollect the "brotherhood of the energy ring" and support the Japanese system with the export of electricity from Russia. After Fukushima, Japan suffers from the shortage of energy.

Japan's proposals on energy cooperation with Russia were announced in August at a meeting between Chief Adviser to the Japanese Prime Minister Tadashi Maeda and Russia's Energy Minister Alexander Novak. It goes about different versions of energy supplies: Sakhalin-Japan pipeline for the supply of gas from Sakhalin-1 project  and / or Sakhalin-3.  There is also a plan connected with this project on the joint gas production in Eastern Siberia, in particular at the Kovykta and Chayanda fields. Officials also discuss the possibility to lay an underwater cable from Russia to Japan for the export of electricity.

There is the Hokkaido-Sakhalin Cable System (HSCS) between Russia and Japan. The Hokkaido-Sakhalin cable system has connected telecommunication networks in Europe and Southeast Asia via Russia. To exchange the data between Europe and Asia, the countries used the cable laid on the bottom of the Indian Ocean. The pre-feasibility study of the Sakhalin-Japan energy bridge was developed back in 1999-2000. The project stipulated the export of 4GW of electricity per year from the island of Sakhalin to the Japanese islands. To achieve this output, combined cycle power plants were supposed to be built in Sakhalin with the total capacity of 4 GW. The construction project also included the 600 kV DC line, 600 km long, three substations in Sakhalin, Hokkaido and Honshu.

In 2000, the project was evaluated at at 9.6 billion dollars. There are two possible routes to supply energy to Japan across the Sea of ​​Japan: from Sakhalin and from the Far East. In any case, the implementation of the project will require the construction of new generating facilities. The Ministry for Energy believes that it would be more logical to build them in Sakhalin, which also experiences a shortage of electricity. The ministry also mentioned the reserves of brown coal on the island in the amount of 2.5 billion tons as a source of raw materials for electric power plants. To put it in a nutshell, experts suggest focusing on coal generation.

It is possible that the media scrutiny of the old project can be linked to the intransigence of China. China is a part of the contract for the construction of hydropower plants in Siberia. Moscow has not been able to agree with China on the price of electricity from Russia. The "magic word combination" -"commercially reasonable rates" - works very well only for Russian people and small businesses.

It is worthy of note that the annual growth of tariffs on electricity in the country makes up 12 percent. During the government meeting on the program of modernization of electric power by 2020, Prime Minister Dmitry Medvedev said that "the country will not be able to afford such an increase in tariffs." The Chinese are resistant - they do not want to buy Russian energy at suggested prices. This Chinese style is well recognized. Russia gets regularly involved in disputes over the payment for the oil supplied to China. Russia has failed to come to any agreement with Comrade Hu at the APEC summit, and Russian companies were forced to accept China's conditions.