During the following month, NATO will hold military exercises to train joint actions of the members of the Alliance under conditions of a cyberwar. Reporters managed to find out that an "African country" will act as a conditional aggressor. In fact, U.S. military officials admit that it is Russia that will play the role of the cyber aggressor. Not to disappoint the United States and, to be more precise, to ensure combat readiness at this point, Russia began to develop cyber weapons too. 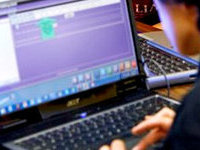 NATO military exercises "Cyber ​​Coalition" are held in November of each year for a few years already. The number of cyber attacks grows daily. NATO must be prepared to defend itself against the attacks, as well as to be able prevent and respond to such attacks adequately, the message on the website of the alliance says.

There is not much information about the forthcoming exercises. Most likely, though, the drills will take place on the following scenario. NATO members Estonia and Hungary are subjected to large-scale cyber attacks by "an African country that came into conflict with NATO." The hackers of the African country use a computer virus to disable on-board equipment of a military transport aircraft of the alliance. As a result, the plane crashes in Hungary, killing NATO soldiers and civilians, the Kommersant newspaper wrote.

Simultaneously, hackers conduct a number of massive hacker attacks against vital infrastructure objects in Estonia, paralyzing the whole country. They conclude at an emergency meeting of NATO leaders that the damage caused by the hackers is enough to apply Article 5 of the Washington Treaty on Collective Defense. The alliance has the following task: to restore damage, detect the aggressor and propose measures for retaliation with the use of cyber or conventional military means.

At the end of summer, it was reported that the Pentagon began to develop cyber weapons that would "destroy, block, weaken, deceive and capture" enemy computer systems. It was also announced about the launch of the program to establish a comprehensive information system that would give the U.S. an opportunity to monitor the degree of cyber-vulnerability of the objects of military infrastructure of a potential enemy and of its own.

As for the upcoming drills, the choice of a simulated enemy is clear. There are many countries on the African continent, so no one will be offended with such a role. In addition, it is clear that there is no African country that would be ready to fight with NATO. Privately, NATO officials admit that they consider Russia, China and Iran to be the prime cyber aggressors.

Russia does not want to sit on its hands either. Earlier this month, Russia's Defense Ministry announced a tender for research in the field of information security. Among other things, the ministry is interested in "methods and means of bypassing anti-virus software, firewalls, as well as in security tools of operating systems."

"They can be used for both defense and for attacks," deputy head of the Institute of Information Security of the Moscow State University, Valery Yashchenko said. "The military departments of other countries have been conducting similar developments, so we can not lag behind," an official at Russia's Defense ministry said on conditions of anonymity.

Russian security forces have already started recruiting talented young professionals in this field - hackers, to be more precise. The Ministry of Defense, the Agency for Strategic Initiatives and the Ministry for Education announced "the all-Russian competition for research works among the citizens of the Russian Federation in the interests of the Armed Forces of the Russian Federation."

"Your ideas can contribute to the solution of various problems that the national Armed Forces face today. They can become a part of the scientific and technological potential of the country," said the agency.

The winners of the contest will receive valuable prizes and money awards. Most outstanding contestants may receive employment offers at the relevant departments of the Ministry of Defense, where young hackers will be able to realize their ideas in practice.