Russia may join the ranks of major importers of weapons to Iraq. During the visit of Iraqi Prime Minister al-Maliki's, a contract for $5 billion may be signed for the sale of MiG fighter jets, products of Russian Helicopters, anti-aircraft missile systems, armored vehicles and other weapons to the Middle Eastern country.

In Soviet times, Baghdad was one of the main buyers of the products of MIC USSR. After the war in the early 1990s, military and technical cooperation between Russia and Iraq was at a very low level. After the second US-Iraq war, Russia began supplying weapons to Iraq in larger volumes. Between 2008 and 2011 the new government in Baghdad purchased Russian weapons worth $246 million dollars. The bulk of the purchase was helicopters. In this same period, the actual deliveries of weapons and military equipment of U.S. production totaled $6.56 billion dollars, according to the director of the Center for Analysis of World Arms Trade (TSAMTO) Igor Korotchenko. 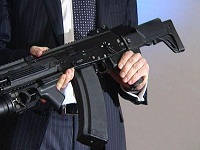 According to the Iraqi News Agency Shafaq, during the visit of Iraqi Prime Minister Nouri al-Maliki in Moscow scheduled for October 10, new contracts for the supply of arms and military equipment may be signed.

If the deal goes through, Iraq will be among five largest importers of Russian arms. According to the newspaper, contracts will be signed for the supply of the products of the pro RAC "MiG", "Helicopters of Russia, and "Tula "Instrument Design Bureau" in the amount of $4.3 billion dollars. It is assumed that Iraq would sell 30 Mi-28N combat vehicles and 42 anti-aircraft missile and gun complex "Shell-S1." Additionally, there may be new contracts for the supply of MiG-29M/M2, radars, armored vehicles and other weapons.

Until now, the main supplier of arms to Iraq was its main occupant - the USA. Baghdad has purchased from the U.S. military-industrial complex M1 tanks, F-16 fighter jets and other weapons for nearly $15 billion. The Americans supplying outdated weapons to Iraq at traditionally high prices - 36 old F-16 for over $5 billion dollars. In addition, Baghdad purchases equipment from the governments of other countries occupying Iraq. Ukraine supplies over $1.5 billion worth of weapons.

Last year, Russia has retained the second place in the world in terms of arms exports, selling weapons abroad for 11.3 billion dollars. Most likely, this year the country will also remain in second place with a total export at $13.293 billion, or 19 percent of the world supply. The main volume of shipments accounted for a very small number of countries that have the potential to negatively affect the front-runner position of Russia in the global arms trade.

In the next four years, in terms of the signed contracts, the leaders of Russian weapons import will be India, Venezuela, and Vietnam. "First place in the period from 2012 to 2015 in Russia's arms exports will again be taken by India with $14.3 billion dollars. In second place instead of Algeria will be Venezuela with $3.2 billion. Vietnam will be in third place," said Igor Korotchenko to the media based on the improved analytical predictions by TSAMTO. In the fourth place in terms of procurement of military goods from Russia is China with $2.8 billion followed by Syria with $1.6 billion.

The share of the top three importers of Russian weapons in the overall balance of supply abroad will be 62.43 percent, the share of the top five - 74.9 percent. The total volume of the Russian arms exports in this period is projected at $32.5 billion dollars. The emergence among the major buyers of Russian military equipment of Baghdad is unlikely, said the director of the Center for Analysis of World Arms Trade.

"Personally, I have serious doubts that Iraq will buy billions dollars' worth of our weapons. They will not be allowed to do it. Iraq's foreign policy is tightly controlled by the U.S., and no matter what they say, that Iraq broke away from America and left to float freely - it is not the case. Of course, there are some contradictions between the administrations in Washington and Baghdad. However, Iraq is tightly attached to the American war machine. In previous years, they purchased solely from the U.S. for the amount of over $6 billion. We sold for under $300 million dollars. The numbers speak for themselves. So I do not expect very large contracts. Even if Iraq wants to buy a large quantity of Russian weapons, America will be opposed to it," said Igor Korotchenko to "Pravda.Ru."

During the visit of Iraqi Prime Minister al-Maliki to Russia other issues in addition to the military contracts will be discussed. During the visit, the parties may sign a number of documents on the Russian-Iraqi inter-industry and investment ties. Relevant programs are being refined by the chambers of commerce of Iraq and Russia. Baghdad expects Russia's direct investment in Iraq at over $10 billion.