Pussy Riot would be sentenced to longer terms in the West

The Western media continue to comment on the verdict that was brought down against three members of punk band Pussy Riot for their infamous punk prayer at Moscow's iconic Cathedral of Christ the Savior. The three members of the band, Nadezhda Tolokonnikova, Maria Alyokhina and Ekaterina Samutsevich were sentenced to two years of general regime colony. This is an unusual review: As a rule, Western publications do their best to criticize the Russian government and support the three young women. 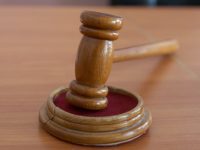 In Spain, the Pussy Riot case has not received an adequate response, Spanish writer Rosa Regas complained in a blog on the website of El Mundo newspaper. The Spanish youth support the three Russian women only on social networks, saying that the punk prayer was just a political protest. "It's important to realize what courage and bravery these girls shown when they came out in a country like Russia to protest against the support, which the local equivalent of the Pope gives to Putin's dictatorial policies," says the article.

According to Regas, the girls used their democracy-guaranteed right to criticize and express opinions. However, the Spanish writer added, in Russia, just like in most Western countries, religions have the power that they receive from the government.

Today, the economy takes precedence over the social field. Pre-election campaign strategies are more important than ideologies, "and the church, whatever it may be and what beliefs it may practice, is placed higher than democracy," Regas believes. In the case of Pussy Riot, the church "violates one of the fundamental freedoms of the citizens of democratic countries - the freedom of expression," the article in the Spanish newspaper said.

In turn, a journalist of Britain's, The Guardian reproached his government for blatant hypocrisy. He recalled that a month ago, a London court sentenced Charlie Gilmour to 18 months in prison for swinging on the British flag on the Cenotaph - the memorial to war victims - and for throwing an urn at a police car.

"How can the British politicians, whose statements clearly aim to influence the compliant judges, criticize other independent states for the same thing?" the British journalist wondered.

He is certain should a rock band come to Westminster Abbey and seriously offend religious or ethnic minorities in front of the altar, British judges would definitely stage a show trial.

Russian Ambassador to Austria Sergey Nechayev had to comment the Pussy Riot verdict too. In an interview with Die Presse, he stressed that the sentence of two years in a colony was comparable to the punishment for such a crime in other European countries. He cited the example of Austria, where "hooliganism in a church or blasphemy is prosecuted and punished with imprisonment."

He also criticized the act in support of Pussy Riot in Vienna, when four masked men broke into the Cathedral of St. Nicholas of the Russian Orthodox Church. There was only a guard and a cleaning lady in the church at that moment. The supporters of the notorious Russian band climbed onto the ambo and unfolded a banner with the slogan "God Loves Pussy Riot, Free Pussy Riot." They took photos of their own act and left. Nechayev set out a hope that the men would be punished accordingly.

In turn, The Washington Post columnist Anne Applebaum wrote that the dangerous controversy for the Russian authorities connected with the case of Pussy Riot comes from singer Madonna. This is not because Madonna is a major political figure - this is just because she is not a political figure at all, the columnist believes. Madonna has never been concerned about the persecution of Russian women before. She did not respond to the murder of Anna Politkovskaya and Estemirova, but this is a different story. It goes about her colleagues in show business - pop stars, as the columnist said. According to Applebaum, this is exactly the difference that creates a non-standard problem for President Putin.