Russia and the United States are nearing  the completion of one of the most unusual joint programs. The agreement on the processing of uranium for nuclear power plants for deliveries to the U.S. was fulfilled 90 percent. The U.S. recycled Russian uranium suitable for nuclear weapons and secured energy supply of every tenth house using recycled Soviet uranium.

In turn, Russia positioned itself in the American market as a key supplier of fuel for the U.S. nuclear power plants. The agreement is known by its unofficial title "Megatons - to Megawatts," and in Russia under the simpler abbreviated name HEU-LEU (highly enriched uranium - low enriched uranium). It was signed in 1993 and provided for the use of highly enriched uranium extracted from nuclear weapons. 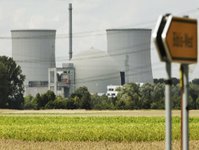 Reprocessing is implemented by a Russian corporation "Rosatom" and the cost of the fuel delivered to the United States has already exceeded nine billion dollars.

"For 20 years of the execution of the agreement the state budget received a total of about $18 billion. At the very beginning, when we signed the contract, its cost was estimated at about $12 billion," Alex Grigoriev, CEO of "TENEX" told radio station "Echo of Moscow". This company is part of the "Rosatom," and provides over 40 percent of the world demand for uranium enrichment services for nuclear power plants with reactors of Western design.

The electricity produced from the reprocessed uranium from Soviet nuclear bombs is consumed by nearly every tenth house of the United States. The Russian-American program "Megatons to Megawatts" will be in effect until 2013.

Over the years since the signing of the agreement, the Americans were able to eliminate the largest in the world reserve of fissile materials suitable for building nuclear warheads.

The scope of this program is impressive. Total amount of electricity received during the implementation would be enough to supply the entire U.S. for two years. In general, the share of low-enriched uranium from Russia accounts for 45 percent of the fuel consumed by the U.S. nuclear power plants that produce 20 percent of all electricity in the country.

The real significance of this program for the economy and the U.S. Energy is indicated by the fact that the bank accounts under the program that receive the funds from the implementation of the agreements on highly enriched uranium from Russia, according to an official decree of the President of the United States, shall be inviolable and protected from all, including judicial, attacks. This means that the transactions under the agreement are independent of the state of the relations between the countries, and accounts cannot be frozen for any reason. On June 17 of this year it was announced that President Barack Obama has once again extended the decree to ensure the smooth payment for the supplies of Russian uranium to the United States.

Russia was able to contact U.S. uranium nuclear power plants operators directly. As a result, contracts for the supply of fuel to the U.S. companies such as PG & E Corp, Ameren Corp, Exelon Corp and Luminant were signed.

"We have already signed 13 contracts with 11 U.S. companies. Portfolio of these contracts exceeded 5.5 billion dollars as of today. Of course, this is not the limit," said Grigoriev.

The monopoly of the U.S. government agency USEC Inc. on imports of Russian enriched uranium came to an end. Moreover, Americans have not been able to overcome the technological problems associated with uranium enrichment.

USEC Inc. may soon shut down its flagship project "The American Centrifuge."

The company appealed to the U.S. Department of Energy with a request to support the implementation of a unique project of uranium enrichment by using the modern technology of isotope separation.

It is emphasized that "USEC supporters in Congress have already developed three versions of the bills providing for the allocation of up to 150 million dollars the corporation. They also draw attention to the importance of the fact that the American company was able to produce small amounts of uranium and tritium needed for the U.S. nuclear arsenal.

Simply put, the Americans have not achieved the Soviet level of the nuclear power technology. Now, Washington has begun talks with Moscow on a joint venture for the construction of a uranium enrichment plant in the U.S. based on the Russian gas centrifuge technology.

Russia will continue to support the U.S. in general and the USEC in particular. The corporation signed a new long-term contract to supply new services to enrich uranium up to 2022 for $2.8 billion dollars.

"The contract was signed back in 2010, but it came into effect late last year, after the signing and ratification of the agreement on the peaceful use of nuclear energy between the U.S. and Russia," said Grigoriev.