All the president's men and human rights

The estimated composition of the Presidential Council on Civil Society and Human Rights can become a time bomb that will destroy the last remnants of the reputation of this respectable body. 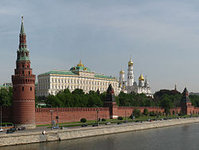 Most Russians have little or no idea of ​​the work (and often the existence) of the Presidential Council on Civil Society and Human Rights. But even worse is that Council is little known to those who have to know about it by virtue of a need - from journalists to the representatives of the civil society. This was pointed out in the period of chairmanship of that body by Ella Pamfilova, and this information glitch should have been eliminated by the new head of the Board Mikhail Fedotov. However, the Council has become known exclusively by the program of de-Stalinization and protection of the interests of Mikhail Khodorkovsky, as well as some other representatives of non-systemic opposition.

In fact, an explicit commitment of the manager and key members of the Council to a particular ideology became one of the reasons for criticism that the head of the Council was subjected to. At the same time, Mikhail Fedotov reminded the organization of the decision-making procedure that was neither fair nor transparent. Suffice it to recall the last example of the alleged statement of the Council on the new draft law on rallies that turned out to be simply an expert opinion that the majority of the Council members first learned from the media.

To date, the Council's activities are not formally carried out, and candidates for new members of this body will be submitted for approval to the head of state in the near future. And it is now clear that Mikhail Fedotov with enviable persistence continues to make the same mistakes.

A few days ago the media reported that the new composition of the Council will include musician Yuri Shevchuk, former journalist Olga Romanova and television host Vladimir Pozner. However, they quickly dismissed this claim. Mikhail Fedotov denied it as well, explaining that the council is conducting internal consultations about people they would like to see on the board, but neither Shevchuk, nor Posner and Romanova were discussed. According to Fedotov, he invited all Council members to select the names of the people whom they would like to see in the Council, then he will hold talks with the candidates, after which the final list will be formed that will be sent for approval to the president.

But it is precisely this practice that resembles an informal get-together does not satisfy the observers.

"If we talk about the formation of such a respectable body, this process should be broader. Many people must be fighting for the honor to get into this Council," says member of the Public Chamber Maria Kannabikh. "In our country there is an enormous number of public organizations, people with active citizenship position who deal with civil society, and all these people should be able to get on the list of the candidates of the Council. After all, this Council is to address very important issues for our society, the members have access to the head of state - and it is worth it. Therefore, this process must involve as many representatives of civil society as possible, and this should be an open process, including discussions in the media," she said to "Pravda.Ru."

"It is a significant omission that regional human rights activists and leaders of public opinion are not represented in the Council. The Council should include experienced lawyers, experienced scholars on various issues - first of all, experts in social law, economics, civil, criminal, and constitutional law. Of course, there should be journalists," said, in turn, head of the Moscow Bureau for Human Rights Alexander Brod. The human rights activist is convinced that the Council should have different people, including "principled, active people who are not afraid to pose questions to the authorities. But at the same time, we cannot turn the council into "Bolotnaya Square," a platform for meetings and hysterics. It should be a serious negotiating platform of professionals who will be posing acute questions to the authorities and seeking their consideration," he said.

Alexander Brod also mentioned with some regret that the Council has not always had time to respond to all the hot events and all flagrant violations of human rights by restricting its activities only to the protection of political rights. "I would like to see the Council broaden the subject matter and scope of the problem, as there is a huge reservoir that is associated with social rights, the issue of health, education, the issue of national culture, protection of small business, and so on. Considering the large composition of the Council and public organizations that stand behind it, these goals are quite realistic. In addition, I would like to see that Council members not only raise sensitive issues, but also suggest ways to address them. This would require a serious work, meetings of working groups, recommendations, policy papers. That is, it would require moving away from rhetoric into action, closer cooperation with the authorities," said the human rights activist.