Antarctica should have been made part of Russia

In June of 1950 the Soviet government sent out to all interested parties a statement of non-recognition of any decisions with respect to Antarctica taken without the participation of the Soviet Union. This once again reminded of the priority of Russian discoveries in the Antarctic. In fact, this continent could have been Russian as once was Alaska.

In fact, Stalin signed the letter because a number of countries, particularly Norway, Chile, Argentina, New Zealand, Britain and France began asserting claims to various Antarctic territories as their own possession.

All this, coupled with a U.S. proposal for the internationalization of Antarctica, caused the Soviet declaration. This triggered a "movement" on no man's continent.

Following the success of the International Geophysical Year (1957-1958) 12 of its member states (including the seven mentioned above) have agreed on the need for international cooperation in Antarctica. 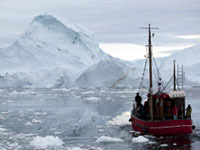 On December 1, 1959 the Antarctic Treaty was signed in Washington that entered into force on June 23, 1961 after ratification by12 states - the original participants. Its main objective was to ensure the use of Antarctica for the benefit of all mankind. The Treaty provided for freedom of scientific research and encouraged international cooperation.

It prohibits any military activity, all nuclear explosions and disposal of radioactive materials in Antarctica. In essence, this treaty was the first official document that embodied the legal status of the continent as a territory available to all countries. Now the number of Parties to the Treaty is 45 states, 27 of which are Consultative Parties.

But Antarctica could have well be part of the Russian Empire, if the Tsar's advisers told the autocrat Alexander I to officially declare his rights in this southern land. Indeed, the continent was discovered by Russian sailors Fadei Bellingshausen and Mikhail Lazarev.

In June of 1819 Captain of 2nd rank Bellingshausen was appointed commander of the three-mast sailing sloop "Vostok" and head of the expedition to search for the sixth continent, organized with the approval of Alexander I. A young lieutenant Mikhail Lazarev was appointed the captain of the second sloop "Mirny". On July 4, 1819 the vessels left Kronstadt.

On January 16, 1820, Bellingshausen and Lazarev's ships in the vicinity of the present Princess Martha Coast reached an unknown "ice mainland." That day marked the discovery of Antarctica. Three more times they crossed the Antarctic Circle, and in early February, once again came close to Antarctica near the current Princess Astrid Coast, but due to snowy weather could not take a good look at it.

In March, when staying off the coast of the mainland became impossible due to the accumulation of ice, the vessels split to meet at Port Jackson (now Sydney) later. Bellingshausen and Lazarev went there by different routes. They made accurate note of the Tuamotu Archipelago and found a number of inhabited atolls, including the island of Russians.

In November of 1820 a second ship headed for Antarctica, and skirted it from the Pacific Ocean. Islands of Shishkov, Mordvinov, Peter I, and Alexander I were discovered. On January 30, when it became clear that the sloop "Vostok" sprung a leak, Bellingshausen turned northward and arrived in Kronstadt across the Rio de Janeiro and Lisbon on July24, 1821. Members of the expedition spent 751 days at sea and swam for over 92 thousand kilometers. They discovered 29 islands and a coral reef. Thus, Bellingshausen was the discoverer of Antarctica.

Why was he the first one if Captain Cook sailed there long before him? Because Cook, heading south met a lot of ice on his way, which forced him to turn back. After that, he said that the south was nothing but ice, and sailing at these latitudes was useless. The authority of the navigator was so high that for 45 years no one even thought to look for land to the south. Russian sailors were the first ones to venture out.

Why did Alexander I not declared the rights of Russia to this land is still unclear. Perhaps, it was then thought that the empire had more than enough land. The country had no shortage of ice and snow either - there was plenty of it in Siberia alone. In addition, Antarctica was incredibly far away.

Antarctica is now visited annually by over 30,000 visitors. Most of them travel to the Antarctic Peninsula, where there is a tourist base and airfield. Most tourists travel on Antarctic cruise ships. On the continent there are several dozen stations.

The possibility of melting ice sheets of Antarctica and the associated sea level rise, expanding "ozone hole", the increased activity of solar-terrestrial relations and other Antarctic natural features define the wide range of studies that are conducted by different countries.

In the Antarctic, the factor of human influence on climate is minimized, and therefore regular observations held make it possible to obtain data on changes in climatic characteristics due to natural factors without any distortion.