The story with the attempted assassination of Russian Prime Minister and presidential hopeful Vladimir Putin, which became the talk of the day in the media today, could be interpreted as an attempt to destabilize the situation in the country. 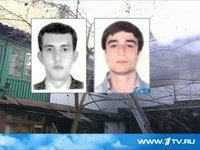 Konstantin Simonov, the General Director of the Fund of the National Energy Security, believes that this could be possible indeed. "Russia is a large and important player. Other players could be interested in destabilizing the country. I would like to believe that this information about the plan of the terrorist attack against Putin in Odessa (Ukraine) is not going to lead to any repressive mechanisms inside the country. From this point of view, it is a positive factor that the attack was plotted on the territory of another country," Simonov told Pravda.Ru.

In the meantime, Viktor Ozerov, the chairman of the defense and security committee of the Federation Council, believes that the plot to assassinate Putin was an attempt to take revenge on the prime minister for his successive work in the struggle against terrorism, Arguments and Facts newspaper said.

"Putin's whole activities, from his work in the Federal Security Bureau till his current position, was targeted to struggle against organized criminal groups and terrorism," Ozerov said.

First Channel reported today that Ukrainian and Russian special services detained a group of criminals in the city of Odessa, Ukraine. The criminals were on international wanted list. It became clear from their testimony that they planned Putin's assassination soon after the presidential election in Russia.

One of the detainees, Ilya Pyanzin, said that he and his associate arrived in Ukraine from the United Arab Emirates, via Turkey. They also said that they had received the instructions for the terrorist act from Doku Umarov, one of the leaders of Chechen separatists. According to Pyanzin, they were supposed to conduct subversive activities at a number of economic objects in Moscow. Afterwards, they were supposed to assassinate Putin.

A similar story took place on the day of the presidential vote in Russia on March 2, 2008. A Tajik national wielding a sniper rifle was detained near the Kremlin. The man was supposedly planning the assassination of Putin and Medvedev during a concert on Red Square. This information was later rebutted, though.

Chechen terrorists also planned Putin's assassination in August 2000 in Ukraine, during the summit of the CIS in Yalta. Security services foiled the plot as well.