On February 17, the Moldovan parliament adopted a law on the protection of its airspace. It provides for the interception and destruction of the aircraft that have not received permission to fly over the entire territory of the Republic of Moldova, Including Transnistria that Chisinau considers an integral part of Moldova. 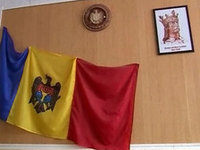 According to the news agency Infotag, Defense Minister Vitalie Marinuta said: "If we are faced with such cases (violations of the airspace of Moldova), the Minister of Defense may take the following actions against aircraft that illegally used the airspace of the Republic of Moldova: establish the location and ownership of the aircraft from the ground, establish a connection with the pilot, capture the plane, make a warning shot or shoot for to kill from the interceptor aircraft or from ground-based air defense guns."

According to him, the right to order the execution of a warning shot, or a shot to kill can be issued by the Defense Minister, and in his absence - Chief of General Staff of the Army National after receiving the permission of the Supreme Commander of the Armed Forces.

It is no accident that by January 1, 2015 the Moldovan army is to receive eight fighters (and helicopters), manufactured by the countries with NATO membership. It will cost this not particularly wealthy country $240 million dollars.

The reaction of the former president, the leader of the local Communist Party Vladimir Voronin to the militaristic plans approved by the Parliament of Moldova is worth mentioning as well. "Moldova is not at war with anyone. We are a neutral in terms of the Constitution country. It makes no sense to purchase such equipment and equip the army with it."

However, the image of the "external enemy" has long been formed by the Moldavian revanchists. Of course, first of all, this measure may affect the Russian aircraft supplying Russian peacekeepers. In the past year a number of influential Moldovan politicians ranging from the Soviet past hater Ghimpu to the seemingly more moderate Filat, openly demanded the withdrawal of the Russian "blue helmets".

It is no accident that the head of the socio-political movement "Equality" Valery Klimenko, speaking on February 18 at the forum of Russian citizens living in Moldova, said that the purpose of the undertaking of the politicians from Chisinau is to gain superiority of the Moldovan army over the army of Transnistria. Purchasing planes and helicopters from the countries of NATO, Moldova will be able to control the area from above.

This would also enable Moldova to land troops from helicopters at the narrowest - 40 miles - Transnistria location - near the town of Dubossary, and then the unrecognized republic would be divided into two parts. EU experts involved in the monitoring of the Moldovan-Ukrainian border, in this case can accommodate their supervisors, and then peacekeepers would not be able to intervene in the process of landing additional troops into the conflict zone.

For obvious reasons, Moscow cannot help but worry about the rattling of yet-to-be- purchased weapons, given the fact that hundreds of thousands of Russian-speaking residents with Russian passports live in Transnistria.

We are talking about a very serious political provocation and the actions of Chisinau are a clear and direct violation of the Agreement on the principles of peaceful settlement of an armed conflict in the Transdniestrian region of Moldova, signed by Presidents Boris Yeltsin and Mircea Snegur July 21, 1992 in Moscow.

In fact, the Moldovan side is setting a blockade of Transnistria. Given the fact that it is an enclave located between Moldova and Ukraine and is fairly remote from the Russian territory, aviation remains nearly the only reliable way to supply the Russian troops located in the area.

Moldovan politicians must be aware of the fact that this will cause an angry reaction from Russia. But what if this is their intention, threatening with a possible recurrence of the situation according to the Georgian scenario?

Apparently, there are not expectations that Filat, Ghimpu and Co would be "straighten out" by Europe. Representatives of the European Union have repeatedly expressed the need for the withdrawal of the Russian troops from Transnistria, indicating the need for implementation of the Treaty on Conventional Armed Forces in Europe among other things. Russia refuses to do so, citing the accession to NATO of the Baltic countries that did not appear in the agreement at the time of its signing.

Formally, it would not be difficult for Russia to teach a lesson to the presumptuous Moldovan revanchists. But in the event there is some form of absorption of Moldova by Romania intended by both the Moldovan and Romanian politicians, Russia would face a very real tangible problem. After all, Chisinau intends to contest Russian influence in the region and make the TMR submit to the demands of Chisinau. It would be more feasible to do so under the terms of Bucharest that in recent years has been actively promoting the idea of ​​joining Moldova to Romania.

Of course, the statement that with the filing of the Romanian President Traian Basescu Chisinau is about to declare war on the TMR would be a gross exaggeration. However, the facts of military preparations on the other side of the Dniester cannot but cause anxiety. We are talking about the unification of Moldova with a NATO member country. Under the terms of NATO membership in the event of an armed conflict with one of the alliance members all others come to aid.