Syria: Russia and China chain the dogs of war 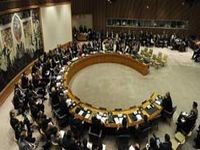 The diplomatic struggle due to the crisis in Syria on Sunday (5th) moved into a new phase after failing in a week of overwhelming pressure from western powers to achieve the fall of Syrian president, Bashar al-Assad.

US/westerm global domination objectives were masked in a draft resolution expressing the support of the Security Council on a proposal from the Arab League in which the Syrian president would transfer the government as a first step to elections and other actions.

The maneuver was shot down on Saturday by the double veto of Russia and China against the document, discussed for eight days by 15 members of this body and subjected to constant changes that resulted in three different versions.

The pressure from western nations, headed by the United States, France and Britain, forced a special session of tense extraordinary sessions and the vote ended with the rejection of the text with 13 votes in favor and two opposed.

Washington, Paris and London were accompanied in their vote by the 13 delegation members of the Security Council: Germany, Portugal, India, Colombia, Guatemala, Morocco, Pakistan, South Africa, Togo and Azerbaijan.

In explaining his opposition to the initiative, the Russian ambassador to the UN, Vitaly Churkin, criticized the attempts by some members who want to force regime change in Syria.

The text constituted a bad sign for the conflict and efforts to advance a political solution, by not considering that opposition groups are largely responsible for the violence in that country, the diplomat stated.

In this sense, promoters of the resolution indicated their demand that the Syrian government withdraw its forces unilaterally, and leave the ground free for armed opposition groups to continue their violence.

Likewise he criticized "influential members of the international community who since the beginning of the Syrian crisis are undermining the possibility of a political solution and urging regime change, stoking the opposition against the authorities."

For their part, the chief representative of China, Li Baodong, backed Russian proposals to amend the text under discussion and lamented that the project has been submitted to a vote without taking them into account.

Beijing's ambassador reiterated the need to seek a political solution to the Syrian crisis through dialogue, to restore stability in that country.

"The idea of ​​a regime change does not contribute to an arrangement, but it complicates the situation in a State of great importance for the Middle East region," he underlined.

Churkin and Li also executed the veto that their respective countries imposed last October to another western project directed against the government of Damascus.

After yesterday's vote, the Permanent Representative of Syria to the UN, Bashar Jaafari, argued that the promoters of the text tried to turn the United Nations, created as an instrument for peace, into a tool for war.

He also accused the west and some Arab countries of funding and supporting the armed opposition terrorist groups that are attempting to overthrow the government of al-Assad by force and violence.

"If those responsible for this situation stop instigating and financing these terrorists, Syria can solve the crisis by itself through political dialogue," he said.

The document vetoed by Russia and China would have imposed six demands on Syrian officials, including "the withdrawal of armed forces and security for the cities, villages and people and their return to their barracks."

It also called for free movement and full access to "all relevant institutions of the Arab League and Arab and international media to all parts of Syria to determine the truth about the situation on the ground and monitor incidents that occur."

After the veto from Russia and China, the UN secretary general, Ban Ki-moon, took advantage of the opportunity to side with the countries that supported the resolution and regretted that the Security Council had been unable to agree on the project that supported the Arab League.

He thought that the failure to approve the text "undermines the role of the UN and the international community when the Syrian authorities should hear a unified voice that calls for an immediate end to 'their violence' against the Syrian people. The Security Council has missed an opportunity to decide on a united action to help end the crisis," he insisted.

Nevertheless, Moscow announced yesterday that its foreign minister, Sergei Lavrov, and Secretary of the National Security Council, Nikolai Patrushev, will travel next Tuesday to Damascus to meet with President al-Assad.

Perhaps this is the first movement of a new diplomatic battle between the promoters of a political solution and the instigators of regime change in that Arab country as occurred in Libya last October.