Unemployment level in Yakutia one of lowest in Russia

Dmitry Glushko, the first Vice President of Sakha Republic (Yakutia), the chairman of the Yakutian department of United Russia Party, sat down for an interview with Pravda.Ru to speak about the achievements of the republic in the field of social policies and the results of the parliamentary elections in Russia. 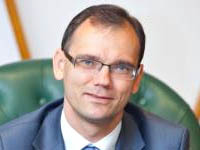 "What can you say about the results of the elections to the State Duma in Yakutia?"

"If you take Sakha Republic (Yakutia), United Russia achieved good results here. We gained over 49 percent in the republic, and the turnout was a bit more than 60 percent. The proportions, which were received by the Communist Party and Just Russia, have changed, though. United Russia, both in Russia and in Yakutia, received the majority. Every other voter in the republic cast their votes for United Russia. It means that the population has taken account of the positive changes in Russia. There is a reduction like I said, but it only means that we need to work harder and to get people more involved in the activity of the party."

"The social constituent in the republic has had the trend for the growth recently. In which field exactly? Is there a setback anywhere and why?"

"The social field for the republic has been the main one for the republic during 25 years of the development of the new Russia. We paid priority to the development of industrial enterprises, which is expected to give an incentive to the development of the social field. Since 2002, we have built more than 180 schools, dozens of pre-school educational institutions. This year, we opened 19 pre-school educational institutions, and we have some 60 left. This is a very actual problem for rural areas, where schools were built in the 1930, 40s and even 20s. We have been changing this situation today, because if there's school, there's population.

"The birth rate in the republic is high and it has been growing during the recent years. The number of first-graders continues to grow every year as well. We will have to build 100 kindergartens during the upcoming five years. We have special programs for that."

"Is there any target program in the social field?"

"In general, the republic differs from other entities of the Russian Federation because Yakutia was the first to have approved the complex development program of the republic before 2020. We are currently correcting the program for 2030. It was approved и the government of the republic, and the government of the Russian Federation approved the implementation of the program as well. We've approved a complex of state-run programs for the development of education, healthcare and so on. We have separate programs in all of those fields.

"It appears that Russia tends to close the institutions of the social field. What happens in Yakutia at this point?"

"When educational institutions were being optimized, Russia's Minister for Education visited the republic and remote settlements here. He saw it with his own eyes that it was simply impossible to close small schools. As a result, such schools have been preserved in the republic, and they virtually maintain life in those settlements. We also managed to prove that Russia needs to introduce a different type of educational institutions - nomadic schools.

"Russia's Ombudsman for Children's Rights, Pavel Astakhov, visited one of such schools this winter. The school is situation in tundra, so he had a chance to see how important such schools can be for local people. There are only 7-15 students at such schools, but they are extremely important. Nomadic schools keep local families together. Children can thus live together with their parents - they do not need to live somewhere else to be able to study. Moreover, they lead traditional national lifestyle, so parents raise their children and teach them the art of deer breeding and fishing.

"We will continue this work in the field of healthcare too. It is unacceptable to make people travel some 200 kilometers from their home just because there is no hospital in the place of their residence.

"That's why we are glad that President Medvedev conducted a session in Yakutsk and supported our offers about special forms of economic activities in the region."

"It is an open secret that many settlements beyond the polar circle were recognized non-liquid during the 1990s. Whole towns began to become extinct. What about Yakutia? Is this problem actual for the prosperous republic?"

"It goes about the closure of the towns and settlements that had been built for town-forming enterprises. People started to live there because an enterprise began to work there. Several settlements were closed in the republic during those years, but this problem is not actual for the republic nowadays. Quite on the contrary, such municipal institutions have very good prospects. This is one of the objectives of the complex development of the republic before 2020."

"What can you say about today's life of the young people in Yakutia?"

"Young people aged from 18 to 35 make up over 30 percent of the population in the republic. This is a very large percentage - there are not many regions like ours in Russia from this point of view. There are many students in the republic, which means that the system of professional education in Yakutia operates well. We have a federal university and three federal colleges.

"We are one of the few Russian regions that develops the system of elementary and secondary vocational education. We've opened three new technical schools. They will prepare specialists in the sphere of electric engineering, public utilities and geology.

"Young people in Yakutia have many options for their education, so they don't need to go anywhere. If some prefer to study something that we do not have here, we teach our specialists at Russia's best colleges at the expense of the republican budget. We have 500 students like that every year. We fund their studies with the help of the budgets of the republic and the enterprises that need such specialists.

"The market economy makes people be more active. The problem of alcoholism is actual, of course, especially for northern and rural settlements. The problem is connected with jobs, of course, but the level of unemployment in Yakutia is one of the lowest in the Russian Federation. The number of vacancies in the republic is larger than the number of job seekers.

"As far as I know, Yakutia is ranked eighth in Russia from the point of view of the birth rate and on the natural growth of the population in Russia. How did you manage to achieve that?"

"It is true what you said. Village families are larger than city families, of course. An average family in Yakutia is one or two children. There are many large families too. The regional maternity capital has been increased in the republic. A woman receives the additional 100,000 rubles ($3,000) for her third child and so on. Next year, we will launch the program of providing land to the families that have three or more children."