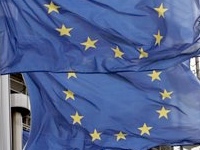 The document, which was published on the official website of the European Parliament, says that the parliamentary elections in Russia did not correspond to international standards. The deputies believe that several opposition parties had not been allowed to take part in the vote. In addition, independent observers were subject to pressure during the election process.

The resolution had been passed indeed, Chizhov said. "The amendment, which urged the Russian authorities to annul the election results and conduct the new "free and fair elections after the registration of all opposition parties," was approved during the last moment. This does not change much, though," the official said.

"First off, the resolution is devoted to the summit. It was approved on the first day of the Russia-EU summit. It is not the first time, when the European parliament does that, but still, it seems strange. They prefer not to wait for the results of the summit. Secondly, the resolution from the European Parliament is something mechanical, as a rule. It reminds me a cocktail of something positive, something negative, something incompatible, and so on. This particular case is no exception. They urge Russia to conduct the elections again only in the places where violations were reported. It is not clear what is more important for them - the new elections or repeated voting that should be conducted locally," Vladimir Chizhov said.

"As for the legal force of the resolution - it is basically null and void. Resolutions from the European Parliament are not mandatory," he added.

When asked whether it was correct to speak about the election results in Russia even though the OSCE observers had not presented their report on the matter, Chizhov said: "Of course, it's incorrect. I believe that this appeal on the new elections is not correct either."