Terrorism and law: Destroy or negotiate? 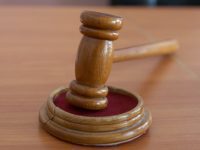 Nine years have passed since the hostage crisis in the Moscow music theater. However, the question of "destroy or negotiate" remains open. The answer to this question is extremely important both for the relatives of the victims and for the general public.

In October 2002, Russia tried to put the matter to rest, but the result of that was terrible. Each destroyed terrorist claimed the lives of four hostages.

In October 2011, Israel - the country that traditionally makes no concessions to extremists - agreed to exchange its captive corporal Gilad Shalit for 1,027 convicted Palestinian terrorists.

It's up to you to judge the results. The parents of the rescued corporal were ecstatic. They remain eternally grateful to the prime minister, the defense minister, the government, and everyone else who supported Shalit's liberation.

Yahya al-Sinuar, a Hamas leader, was serving four lifetime sentences in Israel. He was released under the conditions of the Shalit deal. He said that the liberation of the Israeli corporal testified to the potential for the liberation of all Palestinian prisoners. He urged Hamas to immediately realize the potential before the enemy came to his senses.

Whom does the state need to defend in the first place: the citizens or itself? What shall one measure the lesser evil with: the number of casualties or the number of saved lives?

It is impossible to give a clear-cut answer to this question.

In September 2011, three Chechen nationals were shot dead in the center of Istanbul, Turkey. The killed Chechens were suspected of masterminding the terrorist act at Moscow's Domodedovo International Airport. Foreign media said that it was Russian special services that killed the Chechens. According to Western journalists, exterminating people on the territory of foreign countries was taking the form of sad practice.

Officials with the Investigation Committee of the Russian Federation said Wednesday that they were investigating the information about the Istanbul shooting.

A Russian court arrested Chechen terrorist Doku Umarov in absentia. Umarov claimed responsibility for training the suicide bomber and sending him to the Moscow airport.

That is true, but why do the people, who can break any laws, are supposed to count on legal attitude to themselves?