It is OK for USA to humiliate Russia 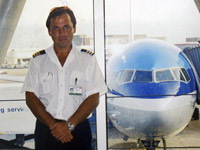 On October 17, Russia's Izvestia newspaper published an interview with pilot Konstantin Yaroshenko, who was sentenced to 20 years in the United States on drug trafficking charges. Yaroshenko claims that his case is directly related to the persecution of businessman Viktor Bout.

According to the pilot, he was forced to testify against Bout regularly. In return, he was promised freedom and residence permit for his whole family - his mother, wife Victoria and 14-year-old daughter Katia.

The pilot said that he heard about Bout for the first time from special agents as he was being transported from Liberia to the USA.

"After three days of tortures I could not understand much. I could only understand that they wanted to know what Bout was doing in Africa, particularly in Angola. I've never met Bout and I've never flown on his planes," Yaroshenko said.

The Russian pilot also said that he had had a meeting with several people, who came to visit him in jail. The people introduced themselves as lawyers and promised him certain preferences, if he agreed to help US special services investigate Bout's activities.

Viktor Bout was arrested in 2008 in Thailand. In 2010, he was delivered to the States. In the United States, Bout was charged with an attempt to arrange the plot to kill American citizens and sell missiles to Colombia's terrorist group FARC. Bout denies all accusations. Representatives of US special services have already played the role of "Colombian terrorists" which means that Bout could not cause damage to Washington's interests. The Russian "arms baron" has fallen a victim of the provocation, which US authorities do not conceal. Nevertheless, his trial began on October 11.

As for Yaroshenko, US prosecutors say that he had agreed to deliver four tons of cocaine from Colombia to the African countries of Liberia, Nigeria and Ghana in May 2010 for $6.3 million. The drugs were supposed to be shipped to the States from Africa, US legal experts say.

Yaroshenko has not pleaded guilty to the charges. The jury found him guilty in April 2011. In September, the Russian citizen was sentenced to 20 years in jail.

Now Konstantin Yaroshenko says that he is being used again to discredit Bout. US officials previously said that the arrest warrant was issued by Interpol. However, the businessman was arrested in Bangkok on demand of US authorities. To crown it all, the Americans do not have much evidence to prove Bout's guilt, even though the businessman became known as a "Merchant of Death" in the West.

Viktor Bout does not deny his participation in arms shipments to many hotspots of the world including Afghanistan, Angola, Congo and Rwanda. He used transport aircraft of his company for the purpose. However, Bout claims that he was not "selling death." According to him, his goal was to forward the goods to their owners.

Most likely, the Americans do not have much interest in Bout, who could indeed play the role of an agent in those arms sales. US special services are much more interested in larger figures. When it goes about the delivery of tens and hundreds of shoulder-carried missile systems and ammos for them, it is just obvious that there are more serious people involved in the story.

It is worthy of note that the two Russian citizens - Bout and Yaroshenko - were not arrested in the United States. They were detained in third countries. This aspect raises too many questions to the actions of the American side, because such arrests bear a striking resemblance to kidnappings, especially with Yaroshenko's case. The latter admitted in the above-mentioned interview that he pinned all his hopes on the Russian authorities and on his extradition to Russia.

How does Russia react to such humiliating actions of the United States? Moscow has repeatedly condemned the actions of the American side at this point. However, officials representing third countries said that Moscow was not acting decisively.

Alexander Lukashevich, an official spokesman for the Russian Foreign Affairs Ministry, stated that Yaroshenko's conviction raised serious concerns with Moscow.  Secondly, the ministry will strive for the extradition of the Russian pilot, the official also said. Thirdly, his defense has already appealed against the judgment.

However, Russia has not done much except for expressing its protests, regrets and angry statements. It is clear that Russia does not have adequate opportunities to put pressure on the Americans. Why can't Russia arrest some dark US businessman or pilot in return?

Chances for this are extremely low. When the Americans were making the decisions to deliver Bout and Yaroshenko to the States, they knew which consequences that could lead to. As for Russia, we are simply unable to show an adequate reaction to such actions. First off, everyone knows where Russia invests its money to. Russia makes herself a financial hostage of the West.

In addition, Russia no longer has its erstwhile military, industrial and economic power. President Medvedev said in February 2010 that Russia would have to catch up with NATO and the USA after two decades, during which Russia was treated as a third-rate power. Now Russia buys small arms, unmanned aircraft and even vessels from other states.

"Russia has de-industrialized. It's basically a third world country that lives by oil extraction today. This rearmament program is a political campaign, " the specialist said.

It is an open secret that they respect the strong and humiliate and even beat the weak.