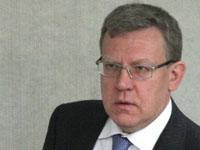 President Dmitry Medvedev offered Vice Prime Minister and Finance Minister of the Russian Federation Aleksei Kudrin to step down if he had discrepancies with the head of state. As a result, Medvedev accepted Kudrin's resignation as was advised by Prime Minister Vladimir Putin. Medvedev also said that he would put an end to the "irresponsible chatter" of Russian officials.

Medvedev's remarks followed Kudrin's statements, which the finance minister released in Washington. Kudrin particularly stated that he did not see himself in the new government, which would be established in Russia after the presidential election of 2012. As it was reported, the new government would be chaired by Dmitry Medvedev. Kudrin stated that he disagreed with Medvedev on a number of important economic issues, including the questions related to Russia's defense spending.

On Monday, Medvedev conducted a session of the commission for modernization and technological development of the Russian economy. Aleksei Kudrin took part in the meeting too.

During the meeting, which was held in Russia's Ulyanovsk region, Medvedev offered Kudrin to think about his resignation. Immediately.

"I am addressing you (Kudrin) right here with the following suggestion. If you believe that your views of the economic agenda differ from those of the president - from my views that is to say - then you can write an adequate letter of resignation. I ask you to answer right here and right now. Are you going to write the letter?" the president asked the finance minister.

Aleksei Kurin responded saying that he indeed had some discrepancies with Medvedev. However, the minister added that he would be able to make up his mind only after he consulted the prime minister (Putin).

"You can consult anyone, including the prime minister. But as long as I am the president I make such decisions myself. You will have to decide for yourself very quickly and give me the answer today. If you say that the discrepancies that you say you have don't exist, then you will make to comment that. If they exist, I do not see any other way out, although it is an unpleasant situation for me, of course," the president replied.

"Mr. Kudrin, as far as I can understand, had an opportunity to announce his position in advance to determine his political future. He could even join the rightist forces. He was asked, but refused. He probably had some reasons for that," Medvedev stated.

Kudrin released the above-mentioned statements about his future work in the government as soon as it became known that Vladimir Putin would run for president in 2012 and Medvedev would chair the government after the election.

One may find many reasons to explain why Mr. Kudrin said the things that he said. In any case, it looks strange. The head of the Finance Ministry has an extensive experience of working in the government. Despite his experience, he turned out to be the only vice prime minister and minister who said something about the imminent changes in the government. It happened after the president and the prime minister demonstrated their readiness to continue their work together.

Vitaly Ivanov, the director of the Institute of Politics and State Law, believes that the head of the Finance Ministry is not supposed to arrange a public fight with the head of state.

"It appears to me that Kudrin was serious about his political prospects, that's why he behaves as a politician, rather than an official. He works for his image," the expert told Pravda.Ru.

"It's hard to say where he is going to find himself eventually. This is just not good, of course. The minister indulged in a public fight with the president. One should be punished for that," Vitaly Ivanov said.

"From the point of view of political and bureaucratic ethics, Kudrin must undoubtedly step down if he stated that he disagreed with the president's course. This is absolutely natural," Remizov said.

It became known on Monday night that the president had accepted Kudrin's resignation at Vladimir Putin's suggestion.