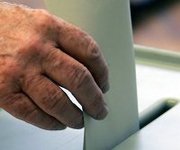 The parliamentary elections in Russia will take place on December 4, President Dmitry Medvedev stated yesterday. The adequate decree, signed by the president, will come into effect from the moment of its official publication.

The president has virtually launched the pre-election campaign. The decree is to be published during the forthcoming five days, as the law stipulates.

The Federal Law "About Elections of the Deputies of the State Duma of the Federal Assembly of the Russian Federation" says that the elections are started by the president. The president is supposed to sign the adequate decree not earlier than 110 days and not later than 90 days before the date of the voting. The day of the voting is set for the first Sunday of the month when the authorities of the State Duma of the previous convocation expire.

The forthcoming elections will be the second elections in the country when all 450 members of the State Duma are elected on party lists only. It is not clear yet, how many parties are going to be represented in the ballot papers. No one doubts that the ballots will include United Russia, the Communist Party, LDPR and Just Russia. In total, here are seven registered parties in the country. The list of the above-mentioned parties also includes Right Cause, Russia's Patriots and Yabloko. The last two have not announced anything about their intentions in the current political season.

The parties represented in the parliament - United Russia, the Communist Party, LDPR and Just Russia - are relieved of the necessity to collect signatures from potential electors. Right Cause, Russia's Patriots and Yabloko will have to collect 150,000 signatures each to be able to take part in the vote.

A series of pre-election congresses of the parties is expected to take place in the nearest future. The parties will form election lists of their candidates.

According to forecasts from scientists of politics and sociologists, United Russia, the Communist Party, and LDPR will be elected in the parliament for certain. United Russia will preserve the majority of votes in the lower house of the parliament.

The future of Just Russia is vague. The party of Sergei Mironov is near the vote threshold, being one or two points below the required seven percent. Right Cause, the party of Mikhail Prokhorov, does not have much to hope for either. According to opinion polls, Prokhorov will get not more than three percent.

Most likely, though, Just Russia and Right Cause will receive one or two seats if they manage to collect five percent.

As for election prospects for Russia's Patriots and Yabloko, it appears that there are no such prospects. The maximum that they may have is one percent.