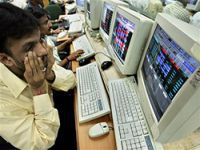 Russian President Dmitry Medvedev was presented new proposals for the privatization plan. The plan included thirteen more companies, and the government plans to withdraw from the capital of a number of strategic assets, such as "RusHydro" and "Rosneft". During the transitional period the state will still retain the "golden share".

According to the updated plan, starting from 2012 the Russian Federation will start withdrawing from the authorized capital of OAO "SCF", JSC "Sheremetyevo International Airport", OAO "Inter RAO UES" VTB "RusHydro", and OAO "Rosneft". The completion of the project is scheduled for 2017.
One of the biggest assets is the NK "Rosneft". The analysts are not convinced that the market will show a great interest in buying large blocks of shares of the company. Its market capitalization currently exceeds $80 billion.

In addition, the Brazilian Petrobras announced plans for a major sale of assets of the $13.6 billion state-owned company, so the market will have a surplus of "oil" supply.
New to the privatization list are "Zarubezhneft" State Transport Leasing Company, and IDC. In case of "Zarubezhneft" the government intends to preserve the "golden share" giving the right of veto.

The government is also planning to retain the right to veto for the JSC "United Grain Company", "RusHydro" and "Alrosa". The sale of the largest diamond mining company will be carried out in coordination with the sale of shares owned by Yakutia. There is a possibility that proceeds from privatization will be allocated for the development of the infrastructure of the Republic, "Interfax" reports.
However, the government of Yakutia considers it necessary to preserve the ownership of 25% plus 1 share by Russia and Yakutia. This asset, as well as the underrated according to analysts "RusHydro" will find its buyers pretty quickly. Among the contenders for the hydropower assets are EDF, Enel and many other companies.

"Agricultural Bank" and OJSC "Rosagroleasing" will be sold with a consideration of the state goals, for which state organizations with a different legal form will be allocated.

It is also planned to think about the national security in the event of a sale of the company formed as a result of reorganization of OAO "Svyazinvest" and OJSC "Rostelecom". In the spring of this year, "Rostelecom" finally joined eight subsidiary companies of "Svyazinvest". With respect to convertible assets, the decision should be "subject to the settlement of the issue of accessibility networks for public use, including through the use of the "golden share ".

Key Russian airline "Aeroflot" plans to maintain the status of the national carrier. Now, the state controls 51.17% shares of "Aeroflot".
Since 2012 the Government intends to begin selling interregional subsidiary companies of "IDC Holding". A campaign to increase the investment attractiveness of these companies has been planned.

It is suggested to consider a reduction of the government share in a number of companies. In particular, to a controlling stake (50% +1 share) in the authorized capital of JSC "United Shipbuilding Corporation" and JSC "UAC".
The report presented by Deputy Prime Minister Igor Shuvalov allows for the reduction  of the shares of the Russian Federation to 75% + 1 share in OAO "Scientific Production Corporation" Uralvagonzavod ", JSC" Russian Railways ", OAO" UES FGC "and OAO "AK" Transneft "in 2012.
The government responded the same way to the "self-promotion" of "Rosnano". In 2012, it is proposed to privatize up to 10% of the company's shares to attract a strategic investor.
Sergei Nikolaev