Russia loses its face in Japan 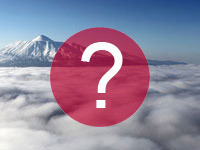 Russia is losing its face because of highly peaceful gestures towards Japan. It goes about the results of the visit of the chairman of the presidential administration Sergei Naryshkin to Tokyo. Naryshkin visited the Japanese capital to demonstrate Russia's peaceful ambitions towards Japan. Russia announced its readiness to help Japan in recreating the regions of the country that had been hit by the recent earthquake and tsunami.

It particularly goes about the delivery of additional energy resources to the land of the rising sun. The Japanese economy seriously suffers from the shortage of electricity. The nation's Fukushima-1 nuclear power plant has come out of order completely, whereas other nuclear stations of the country suffered serious damage as a result of the natural disaster as well.

Surprisingly, Sergei Naryshkin awarded the Order of Friendship to Yukio Hatoyama - the official, who became known for his stubbornness in defending Japan's interests about the disputed Kurile Islands.

Hatoyama belongs to a well-known political family in Japan. His grandfather, Itiro Hatoyama, who served as Japan's Prime Minister in 1956, signed the Soviet-Japanese declaration which allowed to restore the relations between the two countries.

Also read: Will Russia be able to defend Kuril islands if Japan attacks?

Moscow hopes that Mr. Yukio Hatoyama will continue the politics of his grandfather. According to Sergei Naryshkin, there is favorable atmosphere between Russia and Japan to discuss the signing of the amicable agreement.

Yukio Hatoyama's victory at the elections of 2009 interrupted the 54-year rule of liberal democrats in Japan. On September 16, 2009, he was elected the Prime Minister. Hatoyama's government resigned on June 4, 2010 after it failed to achieve the withdrawal of the US army base in Okinawa.

Hatoyama is known in Japan as "The Alien." He was nicknamed so for the shape of his head and ears. His wife, Miyuki Hatoyama also stands behind this nickname. One of Japan's most flamboyant first ladies was very expressive in her comments about her husband and her private life.

Miyuki Hatoyama was a fan of spiritism. She shared a number of bizarre stories with the general public saying that she was flying to Venus when sleeping. She also said that US actor Tom Cruise was a Japanese in a previous life. The former Japanese First Lady also said that she could eat the Sun. "I also eat the sun. Like this - hum hum hum. It gives me enormous energy."

However, these are unimportant, albeit curious private family matters. Politics is much more important, of course. On November 24, 2009, Hatoyama's government approved the document which said that the Russian Federation illegally occupied South Kurile islands.

Even outstanding Russophobes in the Japanese establishment have never said such a thing before. The Japanese political elite approach the defense of the interests of the country in the north as an axiom. Japan is not going to bend to outside pressure at this point.

This is not only the matter of Japanese patriotism, but also the trivial aspiration to make a reputation as a politician. Any Japanese citizen, who makes a concession about this issue, may bid farewell to their career in politics.

It is worthy of note that the document was made as a response to the inquiry from the chairman of the committee for foreign affairs of the lower house of the Japanese parliament. The inquiry was about the "temporal agreement" with Russia's right to administer the islands. Yukio Hatoyama's government rejected such a possibility and demonstrated a strong desire not to make any concessions to Russia.

When Sergei Naryshkin was awarding Mr. Hatoyama, he said the following: "Mr. Hatoyama, on behalf of the President of Russia I would like to thank you for your comprehensive activities to strengthen the Russian-Japanese relations. On all the positions that you have taken, including the position of the head of the government of Japan, you paid a lot of attention to our bilateral ties. You continued the traditions of your family - the politicians, who also contributed to the development of the ties between Russia and Japan."

As a result of Naryshkin's visit to the land of the rising sun, Tokyo and Moscow set up a committee of historians to study the problem connected with the amicable agreement and with the solution of the territorial dispute. The committee may gather for its first meeting in December of the current year.

According to Naryshkin, "different approaches to the questions of the amicable agreement mostly appear as a result of discrepancies pertaining to the reasons and the results of the Second World War."

Alexander Kulanov, a specialist for Japan, told Pravda.Ru that one could only welcome the improvement of cultural relations between the two countries.

"We should obviously welcome the festivals of Russian culture in Japan. However, it is impossible to realize why the historical committee was established. It appears that Russian scientists of politics will partake in the work of the committee, although the committee needs historians rather than political scientists for its work," Kulanov said.

Also read: Japan to Russia: Kurile Islands are our land

Sergei Naryshkin's visit to Japan coincided with another political scandal that erupted in Tokyo. Japan is concerned about China's participation in the development of northern territories. This is what Japanese media outlets and bloggers said when it was reported that six Chinese workers had been spotted in one of the farms on Kunashir island.

Thus, Tokyo is not intended to change its stance on the problem of northern territories despite Russia's peaceful gestures. From the point of view of Japan, the establishment of the historical committee and the discussion of the problem about the Kurile islands testifies to Russia's weak position on the subject. The Japanese are certain that Russia can revise it, although Tokyo is not going to change anything about it.

Russia wants to give her best to Japan, although in return Japan sees Russia as a weak state. Russia is losing its face in Japan. For the peoples of East Asia, this is the most horrible thing that can happen to a person, not to mention a whole state. For Oriental nations, it is even worse that losing one's life. This is one of the fundamental grounds of the Japanese mindset. Those people who lose their faith, who demonstrate their weakness and flabbiness, do not deserve any respect. Will there be any progress in the Russian-Japanese relations afterwards?