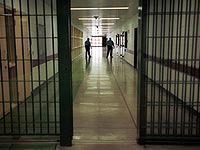 Russian legal experts are currently considering an opportunity to introduce hard labor as a form of punishment for a number of serious crimes. Aleksei Alexandrov, a well-known Russian legal expert, believes that the country needs hard physical labor without amnesty, pardon, communication and correspondence. This form of punishment can be used towards such crimes as terrorism, drug trafficking and child slaughter.

According to Mr. Alexandrov, one should also mitigate the punishment for minor offence. President Medvedev signed a law in the beginning of March to mitigate punishments on 68 constituent elements of offence. The law excluded lower limits of sanctions in the form of imprisonment and replaced them with fines or community services. The upper limits remained unchanged.

Russia's Justice Minister Alexander Konovalov said that the new measures would give an opportunity to improve the situation in Russian colonies. The number of prison inmates in the country is estimated at approximately 900,000 as of the beginning of the year.

The initiative has found criticism as well. Some experts believe that one should not mitigate punishment for certain kinds of offences. The latter included such felonies as robbery and theft. Spokespeople for the Justice Ministry said that most dangerous criminals would be convicted without mercy.

The critics of the initiative also say that the introduction of hard labor in Russia contradicts to international obligations of the country. Secondly, strict punishment do not decrease criminality. To crown it all, the critics say that such a measure would take Russia back to the era of feudalism.

Hard labor as a form of punishment for crimes has its roots since the era of Peter the Great. The interim government abolished hard labor in 1917. The Soviet Union was not practicing hard labor in its penitentiary system, except for a short period during the 1940s.

Hard labor virtually exists in Argentina, India, Korea, Turkey, and several African and Arab states. In the West, hard labor as punishment was abolished decades ago. Germany and the USA abolished hard labor in 1970.