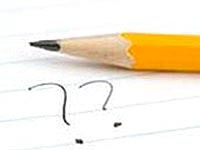 The subject of five-year plans has surfaced in Russia again. The initiative belongs to the Institute of Social, Economic and Political Research chaired by Senator Nikolai Fyodorov.

The institute develops the pre-election program of United Russia, as well as of the All-Russian People's Front.

Like with the People's Front, the idea of five-year plans became quite a surprise for the opponents of United Russia.

Nikolai Fyodorov said during a news conference on June 2 that the pre-election program of both the party and the front must be prepared by the end of August. In addition, the senator invited representatives of opposition parties to cooperate.

"If, let's say, Mr. Zyuganov or Mr. Zhirinovsky send their experts or if their leaders will come, we will be glad to discuss their issues. If they want to achieve results, I would come and try, if I were in their shoes. Maybe it is hard for someone to do it, pride is an obstacle, as they say. But if you can't do it alone, send your experts instead," RIA Novosti quoted Fyodorov as saying.

The liberal press and politicians reacted utterly predictably: "They are going to take us back to the era of Soviet five-year plans, to Gosplan (state plan), Gossnab (state supplies) and other things," many of them said.

It goes without saying that there are no plans whatsoever to return to the Soviet era. Even if someone would like it to happen it would never be possible to achieve it - the reality is different.

The key aspect in the offered variant is the creation of the mechanism that would give people an opportunity to see and control how the authorities execute their promises.